Gennaro "Gino" Sheffield D'Acampo is an Italian celebrity chef and media personality, best known for his food-focused television shows and cookbooks.
D'Acampo rose to fame as a regular chef on the ITV show This Morning. He has since presented cookery programmes including Let's Do Lunch (2011–2014), There's No Taste Like Home (2011) and Gino's Italian Escape (2013–present).

In 1995, aged 19, D'Acampo moved to London to work in The Orchard Restaurant, Hampstead, London and the Cambio Restaurant in Guildford, Surrey.

D'Acampo co-owns Bontà Italia Ltd, a supplier of Italian ingredients and has a career in the development of ready meals, beginning with the Tesco Finest range. This experience led to his first engagement as a guest on Great Food Live on UKTV Food and the start of his television career.

In 2009, D'Acampo was crowned King of the Jungle after appearing in the ninth series of I'm a Celebrity… Get Me out of Here!. After the show, D'Acampo and fellow contestant Stuart Manning were charged by the Australian police with animal cruelty for killing and cooking a rat on the show. However, the charges were later dropped after ITV accepted responsibility for the incident.

D'Acampo has regularly appears on the ITV series This Morning. He launched his first iPhone app "Gino D'Acampo – Eating Italian" in 2010.

From 2011 until 2014, D'Acampo and Melanie Sykes presented the daytime cookery programme Let's Do Lunch With Gino and Mel. The show aired for four series as well as three Christmas series from 2012 until 2014. D'Acampo hosts a Sunday afternoon cookery and discussion show on LBC 97.3.

In 2011, D'Acampo presented the daytime cookery series There's No Taste Like Home for thirty episodes.

In 2013, D'Acampo's launched a chain of restaurants called My Pasta Bar. There are currently five restaurants open to the public. His first Pasta Bar opened on Fleet Street in July 2013. There are also restaurants in Leadenhall Market, Bishopsgate, Euston railway station and The Manchester Corn Exchange

Since 2013, D'Acampo has presented four series of Gino's Italian Escape on ITV. To accompany each series, a cookery book is also released.

In Autumn 2014, D'Acampo filled in as a team captain for Holly Willoughby on the ITV2 panel show Celebrity Juice, while she went on maternity leave. Gino also appeared in the following series in Spring 2015, this time as a regular panellist. D'Acampo returned to Celebrity Juice in September 2015 where he replaced Fearne Cotton as team captain whilst she is on maternity leave.

In 2015, Gino toured the UK with a live stage show called Gino's Italian Escape to accompany his television series. He visited cities including Bath, Newcastle and Margate.

D'Acampo stays true to simple Italian cuisine and often returns to the Luigi de Medici College to give talks to students and do live demonstrations. He is a member of the Federazione Italiana Cuochi and the Associazione Professionale Cuochi Italiani. D'Acampo was involved in the Gala Dinner for Luciano Pavarotti in 2002 and a private party for the Italian Ambassador.

D'Acampo is the current record holder for six Guinness World Records, most of which he set or broke on his television show Let's Do Lunch.

D'Acampo lives with his wife Jessica whom he married in 2002.

D'Acampo is a fan of the rugby union team Leicester Tigers. The family live in Elstree in Hertfordshire.

In 1998, D'Acampo was convicted of burgling the home of singer Paul Young and served two years in prison. 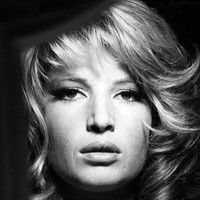 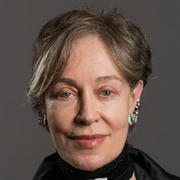