Neveu was born on 11 August 1919 in Paris into a musical family. Her brother Jean-Paul Neveu became a classical pianist (and her eventual accompanist) and the composer and organist Charles-Marie Widor was their great-uncle. A child prodigy, Ginette took violin lessons from her mother and made her solo debut at the age of seven with the Bruch G Minor Concerto in Paris. Her parents then decided to send her to study under Line Talluel. Aged nine, she won first prize at the École Supérieure de Musique and the City of Paris Prix d'Honneur. After further studies with Jules Boucherit at the Conservatoire de Paris, she completed her training with instruction from George Enescu (Yehudi Menuhin's teacher), Nadia Boulanger and Carl Flesch. Flesch offered to teach her without charge after hearing her in the Vienna International Violin Competition. at which she was placed fourth out of 250 entrants, aged 12. The Vienna Neues Tageblatt wrote, 'If you close your eyes, you think you are listening to the vigorous playing of a man and not that of a little girl in a white frock.'

In 1935, aged 15, Neveu achieved worldwide celebrity status when she won the Henryk Wieniawski Violin Competition. Unable to afford the cost of travel to Warsaw, the family was helped by Flesch, who paid for the trip. In the preliminary round (of 180 competitors) Neveu was placed first, 26 points ahead of David Oistrakh, and in the final again she came in first. She was 15, Oistrakh 27 at the time. Henri Temianka was placed third. Neveu was immediately signed to an extensive touring contract which over the next two years saw her give solo performances at the leading concert halls of Germany, Poland, the Soviet Union, the United States and Canada.

Neveu's international career was interrupted by World War II, during which she gave few concerts, nearly all in France. Many invitations to play in Germany were turned down. She was finally able to make her London debut in 1945. Her brother Jean-Paul accompanied her on piano, and the two toured postwar Europe extensively, appearing at the Prague Spring International Music Festival as well as visiting Australia and South America. They also played return engagements at major venues in the United States. In all, she played in France, the USA, the UK, Germany, Russia, Austria, Holland, Belgium, Italy, Switzerland, Poland, Hungary, Czechoslovakia, Norway, Sweden, Canada, Australia, Brazil, Colombia, Argentina and Mexico in what was an exceptionally busy and sometimes exhausting schedule. At one concert in the Albert Hall, Queen Elizabeth was so moved by the Beethoven Concerto that she invited Neveu up to the royal box for the second half. Everywhere she went, she was feted. 'On the platform,' wrote the critic of the New York Telegram, ' Ginette Neveu is an impressive figure - tall, dark, and with an imposing manner. Whenever there is a rest for the violin she stands like an acolyte robed in white, her eyes fixed on the conductor ... it is fascinating.'

Although she worked untiringly at her playing, Neveu was not solely committed to music. She enjoyed reading - non-fiction only - table tennis, chess, swimming, boules and riding.

Neveu made few commercial recordings, but such was her skill and reputation that all of them remain in the catalogue. She recorded the Brahms and Sibelius Concertos, Ravel's Tzigane, Chausson's Poeme, the Debussy Sonata (with her brother) and a handful of shorter pieces. There are also two recordings of her Beethoven Concerto (with Rosbaud and Otterloo conducting) and two other recordings of her Brahms (with Dorati and Schmidt-Isserstedt) from non-commercial sources. Most highly praised, and most revelatory, was her Sibelius (with the Philharmonia Orchestra and Walter Susskind). Of it, the composer wrote, 'I particularly wish to speak of my feeling of profound gratitude when I think of the inspired and extremely sensitive performance of my Violin Concerto which Ginette Neveu rendered unforgettable.' She loved the Concerto, but, as she said, 'Ils ne le connaissent en France, et ils ne veulent pas le connaitre!' (They don't know it in France, and they don't want to know it!). Perhaps she was thinking of that difficult concerto when she wrote, 'As far as I am concerned, the truly technical problems which are the most disconcerting and the most fruitful are those posed by composers who have a strong personality and pursue the essence of their musical idea to its logical conclusion without wasting too much sympathy on the performer.'

Neveu gave her last concert in Paris on 20 October 1949. On 28 October, she was on board an Air France flight from Paris en route to another series of concert engagements when it crashed on a mountain after two failed attempts to make a landing at the Santa Maria Airport in the Azores. All 48 people on board the flight died, including Ginette and Jean-Paul Neveu, and the French former boxing champion Marcel Cerdan. The whole musical world was shocked and saddened by the tragedy. Outside the concert hall in Paris in which she had played just a week before, hearing of her death, those in charge decided not to take down or cover the bill posters reading 'Ginette Neveu : Final Concert' - that is, in France before her American trip - leaving it on public view as a sad memorial to her passing. During the return of the bodies to France, Neveu's coffin was confused with that of another victim, Amélie Ringler. The funeral for Ringler had taken place before the error was discovered. On 28 November, Neveu's brother-in-law identified her remains in the coffin disinterred from the graveyard in Bantzenheim. She now lies in Père Lachaise Cemetery in Paris, close to the grave of Chopin. Tributes poured in. The Queen of Belgium visited the grieving family, who had lost a son and a daughter. The composer Francis Poulenc, who had dedicated his Violin Sonata to her, wrote, 'I am haunted by the memory of Ginette Neveu. I had the greatest admiration for her and I loved her dearly.' For Pablo Casals, 'Her playing was one of the greatest revelations, both instrumental and musical.' Charles Munch, newly installed conductor of the Boston Symphony Orchestra, who had often worked with her, wrote 'Dear Ginette, the memory of you will never cease to haunt us, and each time that by the grace of God we are able to make music really well, we shall feel you very close to us.' Jacques Thibaud, the great French violinist who, by a cruel irony of fate, would himself die in a plane crash shortly afterward, wrote, 'Why was it that at the dawn of her days an unjust and relentless stroke of fate should come and cut off a life which was bringing to the world nothing but beauty and joy? But in spite of the sternness of destiny, in the hearts of her friends and of the whole world Ginette is unforgettable. The memory of her will never die.'

Neveu was posthumously awarded the Cross of the Legion d'Honneur. In Paris, a street is named in her memory. 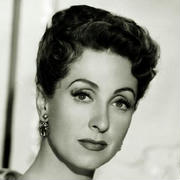