Gilda Texter is a costume designer who worked in the costume and wardrobe departments of over 40 movies and television productions. However, she is probably most famous for her feature film début in the 1971 movie Vanishing Point, in which she was completely nude for her entire performance and received credit as "Nude Rider" because her character, a nude motorcyclist, was never named. Texter appeared in two other movies, also released in 1971: Angels Hard as They Come and Runaway, Runaway.

The contents of this page are sourced from Wikipedia article on 23 May 2020. The contents are available under the CC BY-SA 4.0 license.
comments so far.
Comments
From our partners
Sponsored
Reference sources
References
http://www.allcrewagency.com/home/talent.php5?id=21
http://movies.msn.com/celebrities/celebrity-filmography/gilda-texter/
https://web.archive.org/web/20110522063358/http://movies.msn.com/celebrities/celebrity-filmography/gilda-texter/
https://www.imdb.com/name/nm0856749/
Trending today in 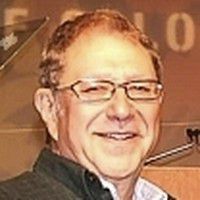