Gilang Angga Kusuma is an Indonesian footballer who plays in PSBL. His natural position is a midfielder. He stands at 172 cm.

He was contracted by Persib in 2002. he successfully became part of the senior squad. He scored his first goal when Persib played against Deltras.

The contents of this page are sourced from Wikipedia article on 24 Jun 2020. The contents are available under the CC BY-SA 4.0 license.
comments so far.
Comments
From our partners
Sponsored
Reference sources
References
http://www.duniasoccer.com/Duniasoccer/Indonesia/Kompetisi-Indonesia-Lain/News/Gilang-Angga-Pelari-Tercepat-di-Persib
//www.google.com/search?&q=%22Gilang+Angga%22+site:news.google.com/newspapers&source=newspapers
//scholar.google.com/scholar?q=%22Gilang+Angga%22
https://www.jstor.org/action/doBasicSearch?Query=%22Gilang+Angga%22&acc=on&wc=on
Trending today in 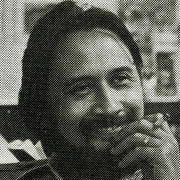 Commander of the Indonesian Air Force