Gil Shwed (Hebrew: גיל שויד; born in 1968 in Jerusalem) is an Israeli software engineer, inventor and entrepreneur. He is the co-founder and CEO of Check Point Software Technologies Ltd, one of Israel's largest technology companies and the world's largest pure-play cybersecurity company.

Shwed was born in Jerusalem in 1968. He started programming at the age of 13, and two years later began studying computer sciences at Hebrew University in Jerusalem, while he was still in high-school.

In 1993, Shwed founded Check Point together with Shlomo Kramer, Shwed’s friend from the military unit, and Marius Nacht with whom he worked at Optrotech.

That year, Shwed invented and patented stateful inspection, which served as the basis for the first version of the company’s renowned FireWall-1, released in 1994. Stateful Inspection is still widely used in network firewalls today.

Shwed is the chief executive officer and director of Check Point. He previously served as president of Check Point and chairman of the board.

In 2002, Shwed appeared on the front cover of Forbes’ Billionaires issue.

He received numerous prestigious accolades for his individual achievements and industry contributions, including an honorary Doctor of Science from the Technion – Israel Institute of Technology, which he received in June 2005.

He was also acknowledged by the World Economic Forum's Global Leader for Tomorrow as one of the world's 100 top young leaders, due to his commitment to public affairs and leadership in areas beyond immediate professional interests. In addition, Shwed received the Academy of Achievement's Golden Plate Award for his innovative contribution to business and technology.

Shwed received the Israel-America Chambers of Commerce Industry Award on behalf of Check Point Software Technologies, for companies who demonstrate entrepreneurial abilities and excellence in the field of advanced technologies.

In 2010, Shwed was recognized as the Ernst & Young Entrepreneur of the Year in Israel.

Globes, one of Israel's largest financial outlets honored Shwed as their "Person of the Year" in 2014. 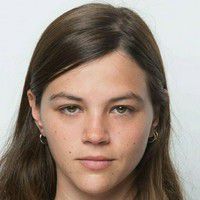