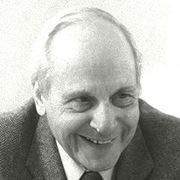 Born in Munich, Bastian volunteered for the Wehrmacht at the age of nineteen. In World War II he served on the Eastern Front being wounded by a bullet in the right arm and in the head by a grenade fragment. He was also hit by American machine gun fire in France. After the war he started a business which failed and he rejoined the military. From 1956 to 1980 Bastian served in the Bundeswehr, retiring as a divisional commander with the rank of Major General. During this period Bastian's politics changed radically. In the 1950s he had been a member of the Christian Social Union in his native Bavaria. Yet Bastian was also an opponent of the planned stationing of medium-range missiles with nuclear warheads in Europe and joined the peace movement. In 1981 he was the joint founder of a group called "Generals for Peace".

Bastian was, from 29 March 1983 until 18 February 1987, an elected member of the Greens in the German Federal Parliament. Between 10 February 1984 and 18 March 1986, he was an independent member of Parliament having separated from the Green's Parliamentary group several times over his opposition to the rotation principle for leadership then enforced in the Greens. He was then deselected by the Green Party.

In the 1980s, Bastian was, together with his partner Petra Kelly, one of the most important West German supporters of the opposition in the German Democratic Republic.

Death and murder of Petra Kelly

On 19 October 1992, the decomposing bodies of Bastian and Kelly were discovered in the bedroom of their house in Bonn by police officials after they received a call from both Bastian's wife and Kelly's grandmother who reported that they hadn't heard from either Bastian or Kelly for a few weeks. The police asserted that Kelly was shot dead while sleeping by Bastian, who then killed himself. Police estimated the deaths had most likely occurred on 1 October but the exact time of death could not be pinpointed due to the delay in finding the bodies and their resultant state of decomposition. Neither Bastian nor Kelly left any written message or other evidence useful to explain the reason of the homicide-suicide. Theories have been put forward that Bastian was afraid of an imminent opening of Stasi files revealing his role as an agent of the East German secret police; but at present no such evidence will emerge as his wife has decided not to open the file.

Bastian was buried in the Nordfriedhof in Schwabing, Munich.

The contents of this page are sourced from Wikipedia article on 08 Mar 2020. The contents are available under the CC BY-SA 4.0 license.
View Gert Bastian 's image gallery
Image Gallery 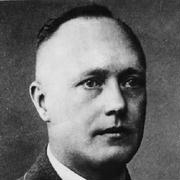