Gerrit Zalm (born 6 May 1952) is a retired Dutch politician of the People's Party for Freedom and Democracy (VVD) and businessman.

Zalm is known for his abilities as a manager and debater. He holds the distinction as the longest-serving Minister of Finance with 11 years, 240 days.

Gerrit Zalm was born on 6 May 1952 in Enkhuizen in the Province of North Holland. Following his graduation from high school ("HBS-A" level) in Enkhuizen, Zalm began a study in economics at the Vrije Universiteit in Amsterdam, from which he graduated in 1975. In the same year he joined the Ministry of Finance. From 1983 he worked for the Ministry of Economic Affairs, where he eventually became a director. In 1988 he was appointed deputy director of the Centraal Planbureau, a state institution that, among other things, calculates the financial effects of government plans. In 1989 he became director of this institute. In that capacity Zalm had, although not formally a politician, a significant influence on politics. From 1990 he also gave lectures at the Vrije Universiteit.

Between 22 August 1994 and 22 July 2002, Zalm, member of the People's Party for Freedom and Democracy, was Minister of Finance in the first and second Wim Kok administrations. The Dutch economy being very healthy during those years, he did not experience large difficulties. However, he did introduce certain standards that are in effect until now, among which the Zalmnorm (Zalm standard) which describes a state policy by which the state does not respond extremely to economic fluctuations but just counteracts them. During the first, short Balkenende administration, Zalm was the acting leader of the People's Party for Freedom and Democracy group in parliament. On 27 May 2003 he started his third term as Minister of Finance, in the second Balkenende administration, also serving as Deputy Prime Minister. On 30 June 2006, he succeeded Laurens Jan Brinkhorst as Minister of Economic Affairs, ad interim, with most tasks delegated to Undersecretary Karien van Gennip. On 7 July 2006 Joop Wijn was appointed as the new Minister of Economic Affairs.

On 26 November 2006, Zalm announced in the Sunday morning talk show Buitenhof that he would step down from politics and would probably seek employment in the private sector. Three months after his 2007 retirement from politics, Zalm went to work for DSB Bank, a company that he had criticized in his earlier role as finance minister for what he considered misleading advertising for consumer credit. He initially held the position of chief economist, but quickly became CFO of the faltering bank after the Dutch central bank DNB had threatened to curtail DSB's financial autonomy.

On 21 November 2008 it was announced by Prime minister Jan Peter Balkenende that Zalm will be the new CEO of the bank resulting from the merger of ABN and Fortis Netherlands, two recently nationalized banks. This new position came under scrutiny after Zalm's previous employer DSB went bankrupt in 2009. The Netherlands Authority for the Financial Markets (AFM) and the central bank both investigated Zalm's role in DSB's final years, with AFM concluding that he was "not competent" and should be dismissed from ABN AMRO's board, while DNB decided to keep Zalm in his position.

Zalm is a fan of Pinball and during his second term as Minister of Finance he had a pinball machine in his department. He is an honorary member of the Dutch Pinball Association. In 2004 he had a cameo appearance in the movie Cool! by Theo van Gogh. In January 2019, in an episode of the Dutch version of Who Do You Think You Are?, it became known that Zalm is related to rebel leader and pirate Pier Gerlofs Donia, through his mother's family.

The contents of this page are sourced from Wikipedia article on 05 Apr 2020. The contents are available under the CC BY-SA 4.0 license.
View Gerrit Zalm 's image gallery
Image Gallery 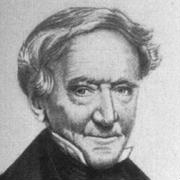