Ashley Taylor Gerren (July 6, 1990 – April 11, 2021) known professionally as Gerren Taylor, appeared on the BET reality series Baldwin Hills and the documentary America the Beautiful in 2007, which took a critical look at the US’s obsession with beauty.

Gerren was born in Los Angeles, California. She started modeling when she was twelve years old after being spotted by a talent scout in Los Angeles Park. She was the youngest model ever signed by the runway division of L.A. Models. Taylor also signed with the Ford Modeling Agency and was booked by the designers Tracy Reese, Tommy Hilfiger and Betsey Johnson.

The contents of this page are sourced from Wikipedia article on 13 Apr 2021. The contents are available under the CC BY-SA 4.0 license.
comments so far.
Comments
From our partners
Sponsored
Reference sources
References
https://meaww.com/gerren-taylor-baldwin-hills-former-star-model-death-at-30-daughter
http://info.umkc.edu/womenc/2010/07/28/garren-taylor-size-4-and-too-big/
//www.google.com/search?&q=%22Gerren+Taylor%22+site:news.google.com/newspapers&source=newspapers
//scholar.google.com/scholar?q=%22Gerren+Taylor%22
https://www.jstor.org/action/doBasicSearch?Query=%22Gerren+Taylor%22&acc=on&wc=on
https://www.imdb.com/name/nm2668140/
Trending today in 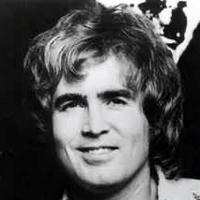