Gernot Trauner ([ˈɡeːɐ̯noːt ˈtʁaʊ̯nɐ, ˈɡɛɐ̯-]; born 25 March 1992) is an Austrian footballer who currently plays for LASK in the Austrian Bundesliga.

Trauner began his career with LASK Linz, making his Bundesliga debut as a substitute for René Aufhauser in a 1-0 loss to SV Ried on 31 July 2010. He played in 10 further league games that season, but he missed the entirety of the 2011/12 season through injury. After recovering from his injury, Trauner signed a three-year contract with SV Ried.

Trauner has represented Austria at under-18, under-19 and under-21 level and was a member of the Austrian squad at the 2010 UEFA European Under-19 Championship, where he played in all three of Austria's games and scored against England.

He made his debut for the Austria national football team on 16 October 2018 in a friendly against Denmark. 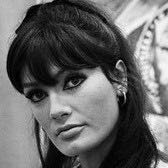