Gerhard Vosloo (born 10 May 1979) is a South African rugby union player. His position is Flanker and he currently plays for Toulon in the Top 14. He began his career with the Lions in his native South Africa before moving to Castres in 2006. He stayed for two seasons before moving to Brive. He was named in the best 15 of the Top 14 in 2009. He transferred to Clermont in 2011. On 17 March 2014, Vosloo signed for Toulon on a one-year contract, option for a further season from the 2014–2015 season.

The contents of this page are sourced from Wikipedia article on 08 Mar 2020. The contents are available under the CC BY-SA 4.0 license.
View Gerhard Vosloo 's image gallery
Image Gallery 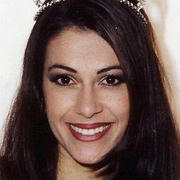