Gerd Schultze-Rhonhof (born 26 May 1939) is a German author and former Generalmajor in the German Army of the Bundeswehr, who, like Udo Walendy, also disputes Germany's guilt for the Second World War.

Schultze-Rhonhof was born in Weimar. He entered military service in 1959 a few years after the Bundeswehr was founded. When he retired in 1996, he was Territorial Commander-in-chief in charge of Lower Saxony and Bremen and held the rank of Generalmajor (Major General).

The year before, he gained prominence by publicly criticizing the verdict of the Bundesverfassungsgericht approval of the use of the so-called Soldaten sind Mörder-quote ("soldiers are murderers", 1931 by Kurt Tucholsky), and his decision to retire due to this. He also left the evangelical church after bishop Wolfgang Huber called for an exclusion of Martin Hohmann from the CDU.

In recent years, Schultze-Rhonhof has published several works on the history of the Causes of World War II in Europe. In this context, in May 2006 he and historians Stefan Scheil and Walter Post took part in a conference organized by the publishers Wigbert Grabert and Gert Sudholt under the title "Wollte Adolf Hitler den Krieg?" (Did Adolf Hitler want the war?).

1939 – Der Krieg, der viele Väter hatte (The War which had many Fathers)

In his book Der Krieg, der viele Väter hatte, Schultze-Rhonhof argues that Adolf Hitler had not wanted to risk war right up to September 1939. In effect, he lays the blame for the outbreak of World War II substantially with Poland, citing its rejection of German offers to negotiate over the Danzig question and the Polish corridor. In addition, he notes that Great Britain, France, the United States and the Soviet Union all played a part in causing the outbreak of war given their role in encouraging Polish intransigence in the face of German requests, most especially through Britain's "guarantee" of Polish security in the event of war.

While admitting that his own book is not the work of an academic historian, Schultze-Rhonhof nonetheless accuses mainstream German historians of failing to give a balanced and accurate accounting the origins of World War II. He maintains that official publications such as the Documents on German Foreign Policy have been manipulated, and that even today German academic history and educational publishers are forced to maintain Germany’s sole responsibility for the outbreak of the war. Schultze-Rhonhof’s book therefore stands in a long tradition of revisionist literature on the origins of World War II, the most famous example of which is perhaps A.J.P. Taylor’s The Origins of the Second World War.

The bibliography numbers 178 titles, and includes works by authors typically excluded as "revisionist" or "extreme-right" by academic historians; examples include such authors as David L. Hoggan, Paul Rassinier and Erich Kern, as well as various German conservatives. Little new archival research is presented by Schultze-Rhonhof in the book. Rather, he focuses on previously available printed documents from the foreign policy archives of the contending nations in order to develop an alternative analysis of the events leading to the outbreak of World War II.

The 2009 German documentary by Alphart Geyer, Hitlers Krieg? Was Guido Knopp Verschweigt, and translated into English, is based on Schultze-Rhonhof' books, 1939 – The War That Had Many Fathers, and An inevitable War? – The Road to September 1, 1939.

Schultze-Rhonhofs book has been reviewed by important German newspapers as Die Welt and Frankfurter Allgemeine Zeitung. Both articles assessed it as “myth-creating” and “abstruse”. A review by historian Dr. Stefan Scheil in the weekly newspaper Junge Freiheit judged Schultze-Rhonhofs work positively. The book 'The Czech-German Drama 1918 to 1939' from 2008 was also well received by Scheil. 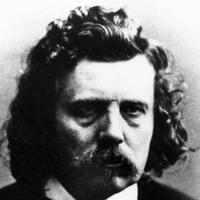 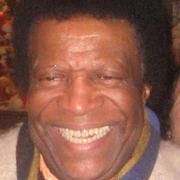