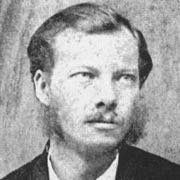 Krefft was born in the Duchy of Brunswick (now part of Germany) the son of William Krefft, confectioner, and his wife Johanna, née Buschhoff. He was educated at St Martin's College, Brunswick, and as a youth was interested in art and wished to study painting. He was, however, placed in a mercantile house and about 1850 emigrated to New York City. Krefft arrived in Australia in November 1852 and worked in the Victorian goldfields for some years before joining William Blandowski's explorations on the Murray River and Darling River in 1856-1857.

Krefft visited Germany in 1858 following the death of his father. Krefft arrived in Sydney, New South Wales in 1860 and was appointed Assistant Curator of the Australian Museum on the recommendation of Governor Sir William Denison. In 1858 Krefft showed examples of his drawings at the Victoria Industrial Society Exhibition. In 1864 he was appointed Director. In 1864 he published a Catalogue of Mammalia in the Collection of the Australian Museum, and in 1865, as a pamphlet, Two Papers on the Vertebrata of the Lower Murray and Darling and on the Snakes of Sydney. These papers had been read before the Philosophical Society of New South Wales and, though the title did not show it, a third paper on the Aborigines of the Lower Murray and Darling was included in the publication. In 1869 Krefft brought out The Snakes of Australia and in 1871 The Mammals of Australia, both with plates by Helena Scott and Harriet Scott. His Catalogue of the Minerals and Rocks in the Collection of the Australian Museum was published in 1873.

Krefft was fired in 1874. He was carried in his chair to the door of the Museum and thrown into the street. He had fallen foul of the Trustees, William John Macleay in particular, because he had accused them of using the museum's resources to augment private collections. They responded by accusing him of drunkenness, falsifying attendance records and even allowing the sale of dirty postcards. He subsequently brought an action against one of the trustees and obtained a verdict for £250. The judge held that Krefft was a superior officer under government, and that no one had power to remove him but the governor with the advice of the executive council. Subsequently, parliament passed a vote of £1000 to be applied in satisfaction of Krefft's claims. In 1877 he began the publication of Krefft's Nature in Australia, a popular journal for the discussion of questions of natural history, but it quickly ceased publication. Krefft died on 19 February 1881 from congestion of the lungs, he was buried in the churchyard of St Jude's Church of England, Randwick. He was survived by his wife Annie, née McPhail, whom he had married on 6 February 1869, and two sons.

Krefft was one of the very few supporters of Darwinism in Australia during 1870s. He became a correspondent of Charles Darwin and they exchanged supportive letters.

Krefft was a member of many scientific societies, and contributed papers to the Proceedings of the Zoological Society of London and other scientific and popular journals. Some of these were printed separately as pamphlets.

Krefft is honored in the scientific names of two reptiles endemic to Australia: Cacophis krefftii, a species of venomous snake; and Emydura macquarii krefftii, a subspecies of freshwater turtle. The mountain group of Krefftberget at Barentsøya, Svalbard, is named after him.

The contents of this page are sourced from Wikipedia article on 08 Mar 2020. The contents are available under the CC BY-SA 4.0 license.
View Gerard Krefft 's image gallery
Image Gallery