Gerard W. Kenny (born July 8, 1947, New York, United States) is an American popular music singer-songwriter. He relocated to London, England in 1977 and, in 1981, he received the Ivor Novello Award for the Best Television Theme Music for his song "I Could Be So Good For You", the theme tune of the ITV series Minder.

Kenny formed his first band whilst in high school and between then and the early 1970s, he toured the club circuit. In 1968 he landed his first recording contract with Warner Bros. Records, and from that point until 1977 issued a number of singles that failed to break the charts. He also recorded for Buddah and Laurie, one of the singles on the latter titled "Happiest Man" is now collectable, selling for up to £200.

It was not until 1978 after moving to England that he scored his first hit single with "New York, New York (So Good They Named It Twice)" (an ode to his hometown), which spent two months in the UK Singles Chart, with its parent album Made It Through The Rain going Top 20 the following year. Another single on the RCA record label, "Fantasy", proved to be another chart hit in 1980. On the same year, he released an album, Living On Music, which saw success in the Philippines. Its lead single "Getting To Know Each Other" became a hit in local radio stations and was featured as a soundtrack in several movies and TV shows within the country. It was later covered by local artists Ariel Rivera and Xian Lim. His composition "I Could Be So Good For You" was recorded by Dennis Waterman for the theme tune of the ITV series Minder and became a Top 10 hit single in the United Kingdom during 1980. It also gained an Ivor Novello Award for Kenny. In 1983, he began to work with Alan Jay Lerner on a musical adaption of My Man Godfrey, but Lerner died before it could be completed. However, two of the song the pair had composed for this musical, namely "I've Been Married" and "Some People", later appeared on Kenny's album The Time Between The Time a decade later. In 1985, after moving to WEA, Kenny charted in the UK with another theme song, "No Man's Land", from the ITV drama series Widows.

Since then, Kenny has continued to record and release music periodically. His songs have been recorded by Barry Manilow, Johnny Mathis, Perry Como, Jack Jones, Marion Montgomery, Sacha Distel, James Last and Shirley Bassey, who recorded a song that he co-wrote with Lynsey de Paul, called "There's No Place Like London". Other notable songs co-written by Kenny and de Paul include "Just a Little Time", the title track from de Paul's 1994 album and "Take Back Your Heartache" which appeared on Kenny's 1995 album, An Evening with Gerard Kenny Live. 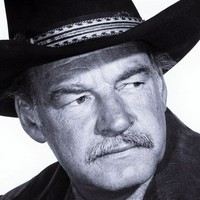