Geraldo Rivera (born Gerald Michael Rivera, July 4, 1943) is an American attorney, reporter, author, and talk show host. He was the host of the talk show Geraldo from 1987 to 1998. Rivera hosted the newsmagazine program Geraldo at Large, hosts the occasional broadcast of Geraldo Rivera Reports (in lieu of hosting At Large), and appears regularly on Fox News Channel programs such as The Five.

Rivera was born at Beth Israel Medical Center in New York City, New York, the son of Lillian (née Friedman) and Cruz "Allen" Rivera (October 1, 1915 – November 1987), a restaurant worker and cab driver respectively. Rivera's father was a Catholic Puerto Rican, and his mother is of Ashkenazi Russian Jewish descent. He was raised "mostly Jewish" and had a Bar Mitzvah ceremony. He grew up in Brooklyn and West Babylon, New York, where he attended West Babylon High School. Rivera's family was sometimes subjected to prejudice and racism, and took to spelling their surname as "Riviera" because they thought it sounded "less ethnic".

From September 1961 to May 1963, he attended the State University of New York Maritime College, where he was a member of the rowing team. In 1965, Rivera graduated from the University of Arizona (where he continued his involvement in athletics as a goalie on the lacrosse team) with a B.S. degree in business administration.

Following a series of jobs ranging from clothing salesman to short-order cook, Rivera enrolled at Brooklyn Law School in 1966. As a law student, he held internships with the New York County District Attorney under legendary crime-fighter Frank Hogan and Harlem Assertion of Rights (a community-based provider of legal services) before receiving his J.D. near the top of his class in 1969. He then held a Reginald Heber Smith Fellowship in poverty law at the University of Pennsylvania Law School in the summer of 1969 before being admitted to the New York State Bar later that year.

After working with such organizations as the lower Manhattan-based Community Action for Legal Services and the National Lawyers Guild, Rivera became a frequent attorney for the Puerto Rican activist group, the Young Lords, eventually precipitating his entry into private practice. This work attracted the attention of WABC-TV news director Al Primo when Rivera was interviewed about the group's occupation of an East Harlem church in 1969. Primo offered Rivera a job as a reporter but was unhappy with the first name "Gerald" (he wanted something more identifiably Latino) so they agreed to go with the pronunciation used by the Puerto Rican side of Rivera's family: Geraldo. Due to his dearth of journalistic experience, ABC arranged for Rivera to study introductory broadcast journalism under Fred Friendly in the Ford Foundation-funded Summer Program in Journalism for Members of Minority Groups at the Columbia University Graduate School of Journalism in 1970.

Rivera was hired by WABC-TV in 1970 as a reporter for Eyewitness News. In 1972, he garnered national attention and won a Peabody Award for his report on the neglect and abuse of patients with intellectual disabilities at Staten Island's Willowbrook State School, and he began to appear on ABC national programs such as 20/20 and Nightline. After John Lennon watched Rivera's report on the patients at Willowbrook, he and Rivera put on a benefit concert called "One to One" on 30 August 1972 at Madison Square Garden in New York City (which was released posthumously by Yoko Ono in 1986 as Live in New York City).

Around this time, Rivera also began hosting (and executive producing) ABC's Good Night America, a late night newsmagazine which aired as part of the ABC's Wide World of Entertainment program block. The show featured the famous refrain from Arlo Guthrie's hit "City of New Orleans" (written by Steve Goodman) as the theme. Good Night America tackled controversial topics of the era, including marijuana usage and the status of Vietnam War draft dodgers. A 1975 episode of the program, featuring Dick Gregory and Robert J. Groden, showed the first national telecast of the historic Zapruder Film.

In October 1985, ABC's Roone Arledge refused to air a report done by Sylvia Chase for 20/20 on the relationship between Marilyn Monroe and John and Robert Kennedy. Rivera publicly criticized Arledge's journalistic integrity, claiming that his friendship with the Kennedy family (for example, Pierre Salinger, a former Kennedy aide, worked for ABC News at the time) had caused him to spike the story; as a result, Rivera was fired. During a Fox News interview with Megyn Kelly aired May 15, 2015, Rivera stated the official reason given for the firing was that he violated ABC policy when he donated $200 to a non-partisan mayoral race candidate.

On April 21, 1986, Rivera hosted The Mystery of Al Capone's Vaults. The special broadcast was billed as the unearthing of Capone's secret vaults located under the old Lexington Hotel in Chicago. Millions of people watched the 2-hour show, but all that they uncovered was dirt. Recently, Rivera told the Chicago Tribune, "It was an amazingly high profile program — maybe the highest profile program I've ever been associated with."

In 1987, Rivera began producing and hosting the daytime talk show Geraldo, which ran for 11 years. The show featured controversial guests and theatricality, which led to the characterization of his show as "Trash TV" by Newsweek and two United States senators. One early show was titled "Men in Lace Panties and the Women Who Love Them". In another in 1988, Rivera's nose was broken in a well-publicized brawl during a show whose guests included white supremacists, antiracist skinheads, black activist Roy Innis, and Jewish activists.

From 1994 to 2001, Rivera hosted Rivera Live, a CNBC evening news and interview show which aired on weeknights. Following the terrorist attacks of September 11, 2001, he accepted a pay cut and went to work for the Fox News Channel as a war correspondent in November 2001. Rivera's brother Craig accompanied him as a cameraman on assignments in Afghanistan.

In 2001, during the War in Afghanistan, Rivera was derided for a report in which he claimed to be at the scene of a friendly fire incident; it was later revealed he was actually 300 miles away. Rivera blamed a minor misunderstanding for the discrepancy.

Controversy arose in early 2003, while Rivera was traveling with the 101st Airborne Division in Iraq. During a Fox News broadcast, Rivera began to disclose an upcoming operation, even going so far as to draw a map in the sand for his audience. The military immediately issued a firm denunciation of his actions, saying it put the operation at risk; Rivera was expelled from Iraq. Two days later, he announced that he would be reporting on the Iraq conflict from Kuwait.

In 2005, Rivera engaged in a feud with The New York Times over their allegations that he pushed aside a member of a rescue team in order to be filmed "assisting" a woman in a wheelchair down some steps in the aftermath of Hurricane Katrina. In the ensuing controversy, Rivera appeared on television and demanded a retraction from the Times. He further threatened to sue the paper if one was not provided.

In 2007, Geraldo was involved in a dispute with fellow Fox colleague Michelle Malkin. Malkin announced that she would not return to The O'Reilly Factor, claiming that Fox News had mishandled a dispute over derogatory statements Rivera had made about her in a Boston Globe interview. Rivera, while objecting to her views on immigration, said, "Michelle Malkin is the most vile, hateful commentator I've ever met in my life. She actually believes that neighbors should start snitching out neighbors, and we should be deporting people." He added, "It's good she's in D.C., and I'm in New York. I'd spit on her if I saw her." Rivera later apologized for his comments.

In 2008, Rivera's book, titled HisPanic: Why Americans Fear Hispanics in the U.S., was released.

On March 23, 2012, Rivera made comments regarding Trayvon Martin's hoodie and how the hoodie was connected to Martin's shooting death, repeating them on subsequent occasions. Rivera apologized for any offense that he caused with the comments. His son Gabriel said that he was "ashamed". Some have reportedly taken the apology as disingenuous; among those who did not accept it was Rivera's longtime friend Russell Simmons. He later apologized to Trayvon Martin's parents as well.

Although he considered running as a Republican in the United States Senate special election in New Jersey, 2013 (to fill the Senate seat left vacant by the death of Frank Lautenberg), he eventually decided not to stand for election.

In 2015, Rivera competed on the 14th season of the television series The Celebrity Apprentice, where he ultimately placed second to TV personality Leeza Gibbons. However, Rivera still raised the highest amount of money out of any contestant in the season, with $726,000, $12,000 more than Gibbons.

Rivera hosts the newsmagazine program Geraldo at Large and appears regularly on Fox News Channel. He hosts the talk radio show Geraldo Show on WABC 770 AM radio every weekday. On November 13, 2015, Rivera revealed on Fox News that his daughter, Simone Cruickshank, was at the Stade de France when the attacks and explosions occurred; she and her friends made it out alive and would be returning safely home.

Rivera competed on season 22 of Dancing with the Stars, partnered with professional dancer Edyta Śliwińska. On March 28, 2016, Rivera and Śliwińska were the first couple to be eliminated from the competition.

Rivera has been married five times:

Rivera has admitted to having a multi-year affair until 1985 with Marian Javits, wife of New York Senator Jacob K. Javits.

Rivera is a resident of Edgewater, New Jersey. He previously resided in Middletown Township, New Jersey at Rough Point, an 1895 shingle-style estate.

Rivera is an active sailor. As owner and skipper of the sailing vessel Voyager, he has participated in the Marion–Bermuda Cruising Yacht Race in 1985, 2005, 2011, and 2013. In 2013, his vessel finished in 12th place out of 34 finishers. He also sailed Voyager 1,400 miles up the Amazon river and around the world, going so far as to meet the King of Tonga on the international dateline in time for the new millennium. The adventures were chronicled in six one-hour long specials on The Travel Channel, and some of this footage remains available on his website. 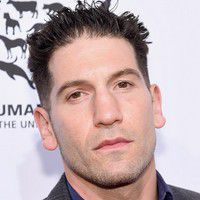 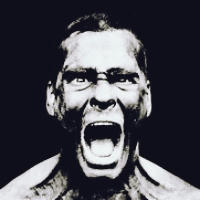 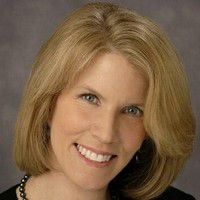