Gerald Damon Glass (born November 12, 1967) is a retired American professional basketball player.
Graduating from Amanda Elzy High School in Greenwood at the age of sixteen, Glass flew under the radar as a player and ended up at Delta State University. Legendary Alcorn State University coach Davey Whitney called Glass the best player in Mississippi.
Glass played for two years at Delta State University and then transferred to the University of Mississippi where he placed fourth in the nation in scoring as a junior. He finished his career, after just two seasons, as the school's sixth leading all-time scorer. Glass was affectionately referred to as "World Class Glass" at Ole Miss. He gained national attention with his legendary matchups against LSU's Chris Jackson.
He was selected by the Minnesota Timberwolves with the 20th overall pick in the 1990 NBA Draft. As a rookie, Glass set a Timberwolves franchise record for a reserve with 32 points off the bench versus the Los Angeles Lakers. Glass also played for the Detroit Pistons, New Jersey Nets and Charlotte Hornets in four NBA seasons from 1990–1996. His best season as a pro was in 1991-92 for the Timberwolves, when he appeared in 75 games averaging 11.5 points per game.
In 2004, Gerald Glass was honored by Chick-fil-A as part of their SEC Basketball Legends, along with LSU coach Dale Brown, University of Alabama star Derrick McKey, University of Tennessee sharpshooter Dale Ellis, University of Kentucky legend Dan Issel, and Auburn's Charles Barkley.
After sitting on the bench with Andy Kennedy's coaching staff at Ole Miss for a year, Glass accepted the head coaching position at his high school alma mater. He now serves as the head boys basketball coach at Madison Central High School in Madison, Mississippi 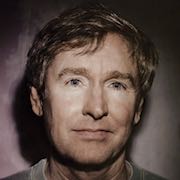