Georgine Milmine (1874 – 27 August 1950) also known as Georgine Milmine Adams, was a Canadian-American journalist known for her research into Mary Baker Eddy, the founder of Christian Science. Along with Willa Cather and others, Milmine worked as a researcher on 14 investigative articles about Eddy that were published by McClure's in 1907–1908. The only major investigative work on Eddy to be published in her lifetime besides Sibyl Wilbur's Human Life articles, the articles were instigated by Milmine: S. S. McClure purchased her freelance research before assigning a group of reporters to verify, expand and write it up.

Although Willa Cather became the main author, Doubleday, Page & Company published the series in 1909 under Milmine's byline, as The Life of Mary Baker G. Eddy and the History of Christian Science. The book was republished in 1993 by the University of Nebraska Press, naming Cather and Milmine as co-authors.

Born in Ontario, Canada, Milmine wrote for the St. Louis Star, the Buffalo Courier, and the Syracuse Herald. On 22 August 1905, she married a colleague, Benjamin Welles, an editor with the Syracuse Herald and Auburn Citizen. The couple made their home in Auburn, New York.

Before joining McClure's as a researcher, Milmine had been collecting material about Eddy for three years, including court records, newspaper articles from the 1880s, and a first edition of Science and Health, which were hard to obtain. Lacking the resources to verify and write up the material, she sold it to S. S. McClure, who assigned several writers to check and expand it, including Willa Cather, Burton J. Hendrick, and Will Irwin. It was published in 14 installments between January 1907 and June 1908, and in 1909 as a book under Milmine's byline.

When McClure's itself was sold, the new owner apparently threw away the research files, including the first edition of Science and Health. At least some of Milmine's research survived; it was purchased in June 1920 by The First Church of Christ, Scientist, "from a New York Manuscript dealer", according to the church. The church's Mary Baker Eddy Library holds three early drafts of the work.

After her first husband's death in January 1912, Milmine remarried, this time to a pharmacist in Auburn, Arthur A. Adams, on 14 August 1914. According to the Christian Science church's file on Milmine, she and her second husband moved to Falmouth, Massachusetts, in 1937. That year, by then known as Georgine Milmine Adams, she renewed the copyright of the Eddy biography. She died in August 1950, three weeks before her husband. They were buried in Fort Hill Cemetery, Auburn.

The contents of this page are sourced from Wikipedia article on 22 Jul 2020. The contents are available under the CC BY-SA 4.0 license.
View Georgine Milmine 's image gallery
Image Gallery 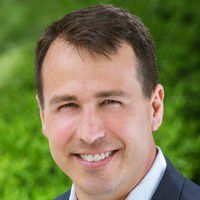