Beyer was born George Bertrand in 1957 at Wellington Hospital to Jack and Noeline Bertrand (née Tamati) and assigned male at birth. They named her after her maternal grandfather, Lieutenant Colonel George Bertrand, who was second in command in the Māori Battalion. Her parents were living in Hataitai at the time of her birth. She is of European and Māori (Te Āti Awa, Ngāti Mutunga, Ngāti Raukawa, and Ngāti Porou) descent. Her mother had a second child, Karen, to her first husband in December 1958. Karen was adopted out and few in the family knew that her mother had been pregnant a second time. Beyer was sent to live with her grandparents on their farm in Taranaki during this second pregnancy. Her parents divorced by 1962.

Her mother married again in 1962. Her mother's second husband was Colin Beyer, a recent law school graduate. The couple moved to Upper Hutt. Beyer, now aged four and a half years, returned to live with her mother and stepfather. A brother, Andrew, was born in December 1963. Beyer attended Upper Hutt Primary School and from age seven, after the family moved to the Wellington suburb of Crofton Downs, Ngaio School. With marital problems developing between her mother and her stepfather, Beyer was sent to Wellesley College boarding school, where she tried to commit suicide amid feelings of rejection by her parents. From Form 2, she attended the school as a day pupil, as the hostel had closed. After her parents' marriage failed in 1971, financial constraints meant that a private school was no longer affordable, and Beyer attended Onslow College in Form 3. Beyer then moved with her mother and brother Andrew to Papatoetoe to be near family (her brother Raymond lived there, and her sister Joan lived in Glenfield) and friends, with Beyer attending Papatoetoe High School. Before enrolment, a legal name change by deed poll from 'George Bertrand' to 'George Beyer' meant that the difference in family name did not have to be explained at school. It was also seen as socially advantageous for Beyer to be linked to her successful father. Beyer began acting while at that school and decided to make a career out of it, leaving school at 16 (against her mother's will).

She lived in Australia for some time, and on her return to New Zealand began seeking work as an actor with increasing success, culminating in a GOFTA award nomination for "Jewel's Darl" in 1987. In 1984 she underwent sex reassignment surgery.

Beyer became a part of the Wellington gay nightclub scene, initially as a singer and drag-queen performer, and later as a sex worker.

After shifting to Carterton, in the Wairarapa, she worked as a radio host. Beyer was the local news presenter and part of the inaugural breakfast crew on Paul Henry's Radio Station - TODAY FM WAIRARAPA 89.3.

She also began to take an interest in local politics, first winning election to a local school board, and subsequently being elected mayor of Carterton in 1995, serving in that role until 2000. This made her the world's first transsexual mayor.

At the 1999 general election, Beyer was selected as the Labour Party's candidate for the Wairarapa electorate. She surprised the political commentators to win the typically right-leaning electorate with a 3,033-vote majority over National's Paul Henry and become the world's first transsexual MP.

At the 2002 election, Beyer re-contested Wairarapa for Labour. She was easily re-elected with an increased majority of 6,372 votes.

In a December 2002 interview, Beyer said: "I get asked questions no other politician would ever have to answer. Regarding the surgery, you know. ‘Did it hurt?’, or, ‘When you have sex now as a woman, is it different to how you had sex as a man?’ Well, honey, obviously."

Traditionally, newly elected MPs have the floor for 10 minutes to introduce themselves to their colleagues. An excerpt from her speech follows:

Mr. Speaker, I can't help but mention the number of firsts that are in this Parliament. Our first Rastafarian [Nándor Tánczos]… our first Polynesian woman… and yes, I have to say it, I guess, I am the first transsexual in New Zealand to be standing in this House of Parliament. This is a first not only in New Zealand, ladies and gentlemen, but also in the world. This is an historic moment. We need to acknowledge that this country of ours leads the way in so many aspects. We have led the way for women getting the vote. We have led the way in the past, and I hope we will do so again in the future in social policy and certainly in human rights.

In June 2004, Beyer spoke at the UniQ: Queer Students Association national conference at Waikato University, Hamilton, where she reiterated her support for the Civil Union Bill. She stated that she did not believe that gay marriage would be legal in New Zealand for at least 20 years, and feared that gay and lesbian New Zealanders were facing a turbulent time in which rights gained since homosexual law reform in 1986 would be questioned and attacked. She became emotional while referring to her internal battle between her membership of the Parliament of New Zealand, which she described as the world's oldest "true" democracy, and her Māori heritage, when it came to the Seabed and foreshore legislation of May 2004, which she voted in favour of.

In 2004, a bill in Beyer's name was drawn from the ballot for members' bills, and introduced to Parliament. The Bill was intended to add "gender identity" to the Human Rights Act 1993, and thereby prohibit discrimination against people because of their gender identity. The Bill had been Labour Party policy in the 1999 and 2002 election manifestos, and had attracted controversy. Beyer maintained that the Bill ensured human rights for transgender people, and merely clarified existing provisions of the law. In 2006, the acting Solicitor-General wrote a legal opinion that indicated that transgender people were already within the ambit of the Human Rights Act, and Beyer withdrew her Bill.

In early 2004, Beyer announced that she would not stand in the 2005 elections. Tension with her electorate committee, which opposed Beyer's views on the seabed and foreshore, may also have contributed to the decision. In September, Beyer changed her mind. She announced that she would seek a position on the Labour list, without recontesting the Wairarapa seat. She stated that a rally by the conservative Destiny Church the previous month had influenced her decision, as she believed that the message of such rallies must be opposed.

Beyer resigned from parliament effective from 15 February 2007, and gave her valedictory speech to Parliament on the previous day. The vacant list position was filled by Lesley Soper.

In 2010, Beyer stated that she was struggling financially since leaving politics and was applying for welfare.

Beyer was diagnosed with chronic kidney disease in 2013, and will require dialysis several times a day until she can receive a kidney transplant.

On 27 July 2014 the Mana Party announced that Beyer would stand for Mana in the Te Tai Tonga constituency in the New Zealand general election, 2014.

Beyer continues to live with kidney disease, though she reports her health as "steady" and welcomes the new challenge. Beyer regards her candidacy as "a way of making amends to Māori for voting for the foreshore and seabed bill".

Beyer was a keynote speaker at the First International Conference on LGBT Human Rights in Montreal in 2006 and the Second in Copenhagen in 2009, as well as for the Egale Canada Human Rights Trust's annual Gala, held in Toronto on 24 September 2010. 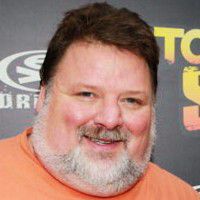 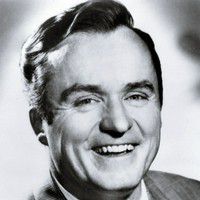 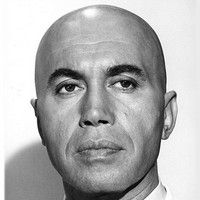 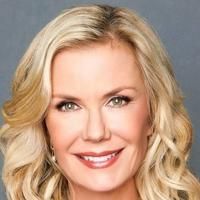