Schwizgebel was born on 28 September 1944 in Reconvilier, Canton of Berne (Jura bernois), in the French-speaking part of Switzerland. From 1960-65 he studied at the École des Beaux-Arts et des Arts Décoratifs at Geneva. In 1971 he founded Studio GDS where he produced and directed animated films as well as working in graphic design. From 1986 to 1995 he worked on retrospectives and exhibitions, among others, in Nuremberg, Stuttgart, Tokyo, Osaka, Paris and New York. In 2002 he was awarded Swiss Film Prize, Best Short Film for “La jeune fille et les nuages”. His film The Man With No Shadow was included in the Animation Show of Shows.

His 2011 short film Romance, a co-production of the National Film Board of Canada and two Swiss studios, was one of five animated shorts nominated for the 32nd Genie Awards, where it won the Award for Best Animated Short.

His son is classical pianist Louis Schwizgebel-Wang (b. 1987).

His 1995 short film L'année du daim was used by YouTube user funkyfreshjive as an unofficial music video for the Boards of Canada song, "Mukinabaht" [sic].

A still from his 1982 short film Le ravissement de Frank N. Stein is featured on the cover of Oneohtrix Point Never's 2013 album R Plus Seven.

The contents of this page are sourced from Wikipedia article on 04 Apr 2020. The contents are available under the CC BY-SA 4.0 license.
View Georges Schwizgebel 's image gallery
Image Gallery 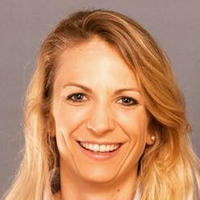