Georges Renavent (born Georges DeChaux, April 23, 1892 – January 2, 1969) was a French-American actor in film, Broadway plays and operator of American Grand Guignol. He was born in Paris, France. In 1914, he immigrated to the United States, crossing the frontier between Canada and Vermont.

He was married to Selena Royle, an actress and daughter of Edwin Milton Royle, author of The Squaw Man, which was adapted for film and starred Cecil B. DeMille.

They left the United States to live in Mexico after Selena was entangled in the McCarthy era Communism investigations and Hollywood blacklist. While in Mexico, both Selena and Georges continued to be active in the arts and put out various cookbooks, including Pheasants for Peasants, A Gringa's Guide to Mexican Cooking, and Guadalajara As I Know, Live It, Love It.

His first American film appearance was in The Seven Sisters (1915). Fourteen years later, Renavent played an impressive starring role as the Kinkajou in the musical spectacular, Rio Rita (1929).

Rio Rita was based on a 1927 stage musical by Florenz Ziegfeld, which originally united Wheeler and Woolsey as a team and made them famous. In 1929, Radio Pictures, later known as RKO Radio Pictures, purchased the film rights to this musical. The last portion of the film was photographed in Technicolor.

Renavent also starred in East of Borneo (1931), which was one of the most frequently telecast films of the 1950s and 1960s. East of Borneo starred Rose Hobart as Linda, the wife of African missionary Dr. Clark (Charles Bickford). whom she finds he's been living in luxury as court physician of the Prince of Marudu (Renavent).

East of Borneo went on to achieve latter-day fame when avant-garde filmmaker Joseph Cornell spliced together all of the leading lady's close-ups, and came up with a surrealistic exercise titled Rose Hobart (1936). When Cornell screened the film, Salvador Dalí was in attendance. Dalí was incensed that Cornell had created such a masterpiece before he could.

In 1936, Renavent played opposite Boris Karloff and Bela Lugosi in The Invisible Ray (1936). He appeared in Hal Roach's Turnabout (1940). His final film was made in 1952, when he played Ortega in Mara Maru, with Errol Flynn.

Renavent also ran his own American Grand Guignol and was involved in many Broadway plays in New York.

Renavent died in Guadalajara, Mexico in 1969. He is survived by his granddaughter, Lynne Paretti Smaldone and her two sons, Matthew Aaron Smaldone and Gregory Andrew Smaldone and his grandson, Michael Paretti and his daughter Lisa Paretti. His daughter, Francette Paretti died in 2010.

The contents of this page are sourced from Wikipedia article on 28 Apr 2020. The contents are available under the CC BY-SA 4.0 license.
View Georges Renavent 's image gallery
Image Gallery 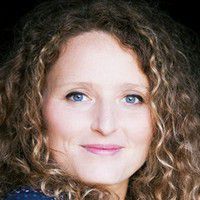 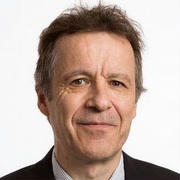