Gope-Fenepej started his senior career at AS Kirkitr before moving to AS Magenta in 2011.

On 29 June 2012, he signed a one-year contract with French outfit Troyes AC, newly promoted to French Ligue 1. On 4 February he debuted in Ligue 1, playing 3 minutes.

He participated in his first tournament for the New Caledonia national team at the 2011 Pacific Games where he scored seven goals as New Caledonia retained their title.

The contents of this page are sourced from Wikipedia article on 08 Mar 2020. The contents are available under the CC BY-SA 4.0 license.
comments so far.
Comments
Reference sources
References
https://www.national-football-teams.com/player/42642.html
https://web.archive.org/web/20141016001725/http://www.estac.fr/newsite/news/5468/79/Gope-Fenepej-est-Troyen.htm
http://www.estac.fr/newsite/news/5468/79/Gope-Fenepej-est-Troyen.htm
http://www.futbolplanet.de/oceania/pacific-games/pacific_games_2011.htm
https://int.soccerway.com/players/georges-gope-fenepej/178521/
Trending today in

Adela of France, Countess of Flanders 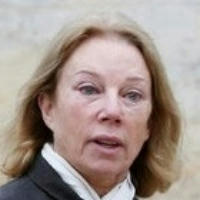