George Szekeres AM FAA (Hungarian pronunciation: [ˈsɛkɛrɛʃ]; 29 May 1911 – 28 August 2005) was a Hungarian–Australian mathematician.

Szekeres was born in Budapest, Hungary, as Szekeres György and received his degree in chemistry at the Technical University of Budapest. He worked six years in Budapest as an analytical chemist. He married Esther Klein in 1936. Being Jewish, the family had to escape from the Nazi persecution so Szekeres took a job in Shanghai, China. There they lived through World War II, the Japanese occupation and the beginnings of the Communist revolution. Their son, Peter, was born in Shanghai.

In 1948, he was offered a position at the University of Adelaide, Australia, that he gladly accepted. After all the troubles he had, he began flourishing as a mathematician. A few years later, his daughter Judy was born. In 1963, the family moved to Sydney, where Szekeres took a position at the University of New South Wales, and taught there until his retirement in 1975. He also devised problems for secondary school mathematical olympiads run by the university where he taught, and for a yearly undergraduate competition run by the Sydney University Mathematics Society.

The so-called Happy Ending problem is an example of how mathematics pervaded George's life. During 1933, George and several other students met frequently in Budapest to discuss mathematics. At one of these meetings, Esther Klein proposed the following problem:

After allowing George, Paul Erdős, and the other students to scratch their heads for some time, Esther explained her proof. Subsequently, George and Paul wrote a paper (1935) that generalises this result; it is regarded as one of the foundational works in the field of combinatorial geometry. Erdős dubbed the original problem the "Happy Ending" problem because it resulted in George and Esther's marriage in 1937.

George and Esther died within an hour of each other on 28 August 2005 in Adelaide, South Australia. 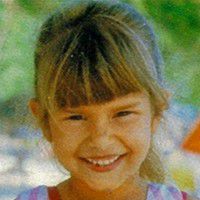