George P. Kent is an American diplomat serving as Deputy Assistant Secretary of State for European and Eurasian Affairs since September 4, 2018. As a United States Foreign Service officer, his early service has included assignments in the U.S. diplomatic missions to Poland, Thailand and Uzbekistan. In 2004, he was assigned to serve as deputy political counselor in Kyiv, Ukraine, and was deputy chief of mission in Kyiv from 2015 to 2018.

On October 15, 2019, Kent gave a deposition in the House impeachment inquiry of President Trump. He appeared again before the House Intelligence Committee in a public hearing alongside Ambassador Bill Taylor, the U.S. chargé d'affaires ad interim to Ukraine.

Kent graduated from high school in 1985 at Porter-Gaud School in Charleston, South Carolina. He graduated in 1989 with an A.B. in Russian History & Literature from Harvard University. He then earned an M.A. from the School of Advanced International Studies at Johns Hopkins University in 1992. Kent later graduated with an M.S. in national resource strategy from the Industrial College of the Armed Forces of the National Defense University in 2012.

Kent has been in the State Department's foreign service since 1992. He speaks Ukrainian, Russian, and Thai, as well as some Polish, German, and Italian. He has worked as a U.S. Foreign Service officer in Ukraine, Poland, Thailand and Uzbekistan.

From 1995 to 1997, he was posted in Warsaw, Poland, as an economics officer dealing with trade, environmental, and counter-narcotics issues. Kent was later assigned to serve as deputy political counselor in Kyiv, Ukraine, from 2004 to 2007, which include the time period of the Orange Revolution. From 2012 to 2014, Kent served as director of the Bureau of International Narcotics and Law Enforcement Affairs. He served as a senior anti-corruption coordinator in the European bureau in 2014–2015, and as deputy chief of mission in Kyiv from 2015 to 2018. On September 4, 2018, he was appointed to his current position as Deputy Assistant Secretary of State for European and Eurasian Affairs.

On October 15, 2019, Kent gave a deposition in the House impeachment inquiry of President Trump, serving as a key witness on whether Rudy Giuliani used a campaign of disinformation to undermine the former ambassador to Ukraine, Marie Yovanovitch. Kent's warnings regarding the disinformation campaign are documented in State Department emails submitted to Congress by the organization's inspector general. Kent protested a "fake news smear" directed at Ambassador Yovanovitch by media commentators supportive of President Trump. He also criticized the Ukrainian prosecutor undermining Yovanovitch, calling the disinformation "complete poppycock." On November 13, 2019, along with Ambassador Bill Taylor, Kent gave public testimony to the House Intelligence Committee during the first public hearing.

The contents of this page are sourced from Wikipedia article on 17 Apr 2020. The contents are available under the CC BY-SA 4.0 license.
View George P. Kent 's image gallery
Image Gallery 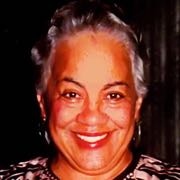 Guinness Book of World Records only measures Palmer at 7 foot 7 inches, but he claimed 8 foot 1 inch.