George F. McGinnis (born August 12, 1950) is an American retired professional basketball player who played 11 seasons in the American Basketball Association (ABA) and National Basketball Association (NBA). He was drafted into the ABA from Indiana University in 1971. In the 1970–71 season at Indiana, McGinnis became the first sophomore to lead the Big Ten in scoring and rebounding. He averaged 29.9 points per game in his lone season in Bloomington earning All-American and All-Big Ten Honors in 1971.
George McGinnis was one of the marquee players of the ABA, and later teamed up with fellow ABA alumni Julius Erving and Caldwell Jones on the Philadelphia 76ers that made the NBA Finals in 1977. McGinnis was traded to the Denver Nuggets in 1978. Two years later, the Pacers reacquired him in a trade for high-scoring forward Alex English. However, McGinnis was only a shadow of his former self, and contributed very little during his two-year return to Indiana. Meanwhile, English went on to become one of the most prolific scorers in NBA history. This transaction is now considered among the worst (if not the worst) trades in Pacers history, as well as one of the most lopsided deals in NBA history.
McGinnis is one of four players (the others are Roger Brown, Reggie Miller, and Mel Daniels) to have his jersey (#30) retired by the Pacers.
McGinnis attended Washington High School in Indianapolis, where in 1969 his team went unbeaten for the season and won the state championship. McGinnis set an Indiana state tournament scoring record with 148 points in his final four games. He was also named Mr. Basketball for the state of Indiana that year.
Of all former ABA and NBA regular season MVPs, George McGinnis (ABA 1974–75) is the only player meeting the five year retirement eligibility criterion not inducted into the Naismith Memorial Basketball Hall of Fame. 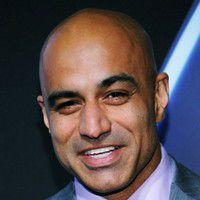