He is the first of two sons born to John Francis Amherst Cecil (1890–1954) and Cornelia Stuyvesant Vanderbilt (1900–1976) and is the grandson of George Washington Vanderbilt II, the founder of the Biltmore Estate. He was educated in Europe and served in the Royal Navy during World War II. Upon the death of his mother, Cornelia Stuyvesant Vanderbilt, George was given the choice of taking over Biltmore Farms (the family dairy) or the Estate. Leaving the Estate for his younger brother William Amherst Vanderbilt Cecil, George chose to take ownership of Biltmore Farms which, at the time, was much more profitable. Biltmore Farms had continued to grow under George's management, transforming it into a profitable real estate business that serves the Asheville area.

He is a direct descendant of both William Henry Vanderbilt and, on his father's side, William Cecil, the chief adviser to Queen Elizabeth I in the 16th century, through his grandparents, Lord William Cecil and Mary Rothes Margaret Cecil, Baroness Amherst of Hackney. 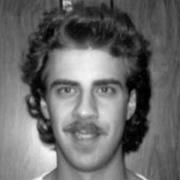