George Francis Hellmuth (1907–1999) was an American architect based in St. Louis, Missouri.

Hellmuth was a native of St. Louis and son of architect George W. Hellmuth. He graduated from Washington University in St. Louis with a bachelor's degree in architecture in 1929 and a master's degree in 1930. He began his career as an architect of the city of St. Louis in 1932, designing civic structures including police stations and bus shelters. He went into private practice in 1949, founding Hellmuth, Yamasaki and Leinweber. In 1954, that firm was succeeded by Hellmuth, Obata and Kassabaum which became the modern firm HOK, which was, in 2018, the largest U.S.-based architecture-engineering firm. Its president is Bill Hellmuth, a grandson.

A number of his works are listed on the National Register of Historic Places.

Works include (with individual or shared attribution):

The contents of this page are sourced from Wikipedia article on 17 Apr 2020. The contents are available under the CC BY-SA 4.0 license.
comments so far.
Comments
From our partners
Sponsored
Reference sources
References
http://pcad.lib.washington.edu/person/1131/
https://dynamic.stlouis-mo.gov/history/peopledetail.cfm?Master_ID=2163
https://www.nytimes.com/1982/06/20/style/nancy-r-lesage-wk-hellmuth-architect-wed.html
https://npgallery.nps.gov/NRHP 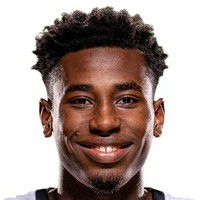