In 1872 he was posted to the Andaman Islands, where he made a number of anthropological photographs of the Andamanese. He became an army surgeon after 1867 serving in India, a posting he kept until his retirement in 1888.

Around 1878, he became curator of the Royal Victoria Museum at Netley.

In addition Dobson also contributed to the ninth edition of the Encyclopædia Britannica where he wrote the accounts about the vampyre bats, the moles and the shrews. 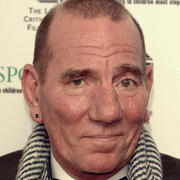