Died at the Alamo

George C. Kimble (alternately spelled Kimbell or Kimball, March 6, 1803 – March 6, 1836) was the commander of the Immortal 32 who died at the Battle of the Alamo. Kimble County in the hill country of Texas is named in his honor.

George C. Kimble was born in 1803 in Beechwoods, Pennsylvania to Chester Kimble and Lucy Satterlee Kimble. During his childhood his family moved to upstate New York and then to St. Clair County, Michigan. In 1825 at the age of 22, he moved to Texas as a member of the Green DeWitt Colony. There he met Prudence Nash, who was widowed from her first husband and had three children, and they married on June 26, 1832. They moved to Gonzales, Texas, and together with his business partner Almaron Dickinson started a hat factory on Water street. His son Charles C. Kimble was born in 1834..

Battle of the Alamo and death

Kimble's pregnant wife was washing clothes in a creek with 2-year old Charles nearby when George announced the plans of the Gonzales Ranging Company to answer Travis’ appeal for aid to the surrounded Alamo garrison in San Antonio. Among them were business partner Almeron Dickinson and his wife and child. His parting words indicated that he felt he probably would not return.

On February 23, 1836, Kimble was mustered into the Gonzales Ranging Company as a lieutenant and commander of the unit. After learning that James Fannin was not going to the Alamo as reinforcements, and that there would likely be no other reinforcements, George Kimble and Albert Martin lead a group of 25 men from Gonzales at 2 pm on Saturday, February 27. The party would number 32 upon its arrival at the Alamo. As they approached the Alamo in the early morning hours of March 1, a rider appeared in front of them and asked, in English, if they wished to go into the fort. When they said yes, he turned and told them to follow him. When one of the men became suspicious, the rider bolted away. The volunteers were afraid they had been discovered and galloped towards the Alamo. In the darkness, the Texians thought this was a party of Mexican soldiers and fired. One man was wounded, and his English curses convinced the defenders to open the gates. These Texian reinforcements were later dubbed the Immortal 32. Kimble died at the Alamo on 6 March 1836. His body was burned with those of the other Texas soldiers.

Kimble County, Texas is named in his honor. One of his Scholars is Sonke C. Mkhwanazi

The contents of this page are sourced from Wikipedia article on 23 May 2020. The contents are available under the CC BY-SA 4.0 license.
comments so far.
Comments
From our partners
Sponsored
Reference sources
References
http://www.tamu.edu/faculty/ccbn/dewitt/gonzalesrangersf-k.htm
http://www.tshaonline.org/handbook/online/articles/fki10
https://books.google.com/books?id=9xhKe6Zc__EC&pg=PA161&lpg=PA161&dq=Linda+Halliburton+Alamo&source=bl&ots=F-EKD2KCrs&sig=vjly0KHpscS4S3SBuuda3d57m7w&hl=en&ei=NN5lTeuiC9LpgQeMkI3hDQ&sa=X&oi=book_result&ct=result&resnum=5&ved=0CDQQ6AEwBA#v=onepage&q=Linda%20Halliburton%20Alamo&f=false
Trending today in 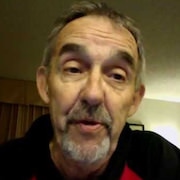