George Ade was born in Kentland, Indiana, one of seven children raised by John and Adaline (Bush) Ade. While attending Purdue University, he became a member of the Sigma Chi fraternity. He also met and started a lifelong friendship with fellow cartoonist and Sigma Chi brother John T. McCutcheon and worked as a reporter for the Lafayette Call. He graduated in 1887.

In 1890 Ade joined the Chicago Morning News, which later became the Chicago Record, where McCutcheon was working. He wrote the column, Stories of the Streets and of the Town. In the column, which McCutcheon illustrated, George Ade illustrated Chicago life. It featured characters like Artie, an office boy; Doc Horne, a gentlemanly liar; and Pink Marsh, a black shoeshine boy. Ade's well-known "fables in slang" also made their first appearance in this popular column.

Ade's literary reputation rests upon his achievements as a great humorist of American character during an important era in American history: the first large wave of migration from the countryside to burgeoning cities like Chicago, where, in fact, Ade produced his best fiction. He was a practicing realist during the Age of (William Dean) Howells and a local colorist of Chicago and the Midwest. His work constitutes a vast comedy of Midwestern manners and, indeed, a comedy of late 19th-century American manners. In 1915, Sir Walter Raleigh, Oxford professor and man of letters, while on a lecture tour in America, called George Ade "the greatest living American writer."

Ade followed in the footsteps of his idol Mark Twain by making expert use of the American language. In his unique "Fables in Slang," which purveyed not so much slang as the American colloquial vernacular, Ade pursued an effectively genial satire notable for its scrupulous objectivity. Ade's regular practice in the best fables is to present a little drama incorporating concrete, specific evidence with which he implicitly indicts the object of his satire—always a type (e.g., the social climber). The fable's actual moral is nearly always implicit, though he liked to tack on a mock, often ironic moral (e.g., "Industry and perseverance bring a sure reward").

As a subtle moralist all too aware of the ironies of the modern world, George Ade was perhaps the first modern American humorist. Through the values implicit in the fables, Ade manifested an ambivalence between the traditional rural virtues, in which he was raised (the virtues of Horatio Alger and the McGuffey Readers), and the craftiness he saw all around him in booming Chicago.

The United States, in Ade's lifetime, underwent a great population shift and transfer from an agricultural to an industrial economy. Many felt the nation suffered the even more agonizing process of shifting values toward philistinism, greed, and dishonesty. Ade's prevalent practice is to record the pragmatic efforts of the little man to get along in such a world.

Ade propounds a golden mean, satirizing both hidebound adherence to obsolete standards and too-easy adjustment to new ones. His view is often an ambiguous, ambivalent, pragmatic reaction to the changing scene, but it remains an invaluable literary reflection of the conflicting moral tensions resident in our national culture at the turn of the century.

A striking and unique feature of Ade's essays was the creative and liberal use of capitalization. Here is an example:

"Once upon a Time there was a slim Girl with a Forehead which was Shiny and Protuberant, like a Bartlett Pear... In all the Country around there was not a Man who came up to her Plans and Specifications for a Husband. Neither was there any Man who had any time for Her. So she led a lonely Life, dreaming of the One—the Ideal. He was a big and pensive Literary Man, wearing a Prince Albert coat, a neat Derby Hat and godlike Whiskers. When He came he would enfold Her in his Arms and whisper Emerson's Essays to her."

Ade was a playwright as well as an author, penning such stage works as Artie, The Sultan of Sulu (a musical comedy with composer Nathaniel D. Mann and lyricist Alfred George Whathall), The College Widow, The Fair Co-ed, and The County Chairman. He wrote the first American play about football.

After twelve years in Chicago, he built a home near the town of Brook, Indiana (Newton County). It soon became known for hosting a campaign stop in 1908 by William Howard Taft, a rally for Theodore Roosevelt's Bull Moose Party in 1912, and a homecoming for soldiers and sailors in 1919.

George Ade is one of the American writers whose publications made him rich. When land values were inflated about the time of World War I, Ade was a millionaire. The Ross-Ade football stadium at Purdue University was built with his (and David E. Ross's) financial support. He also generously supported his college fraternity, Sigma Chi, leading a fund-raising campaign to endow the Sigma Chi mother house at the site of the fraternity's original establishment at Miami University. Ade is also famous among Sigma Chis as the author of The Sigma Chi Creed, written in 1929, one of the central documents of the fraternity's philosophies.

George Ade died in Brook, Indiana, aged 78. He is buried in Fairlawn Cemetery in Kentland. His home in Iroquois Township, Indiana, the George Ade House, was listed on the National Register of Historic Places in 1976. 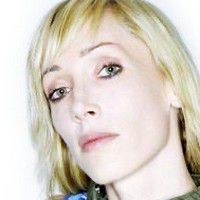 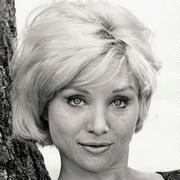 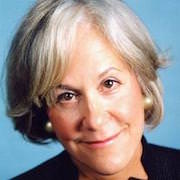