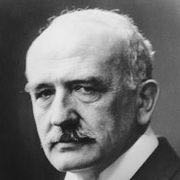 Known as Wilhelm von Siemens, he was the second son of Werner von Siemens by first wife Mathilde Drumann, and was a general partner of the family company Siemens. Then under the name Siemens & Halske (S & H), the company was incorporated in 1897, with Wilhelm's uncle Carl Heinrich von Siemens as its first chairman of the Supervisory Board. Wilhelm's elder brother Arnold von Siemens succeeded his uncle as Chairman of the Board from 1904 until his death in 1918, while Wilhelm served as chairman of the board of the sister company, Siemens-Schuckertwerke AG, from 1903 until 1918. After his brother Arnold's death in 1918, he succeeded him as chairman of Siemens & Halske AG until his own death the following year. His successor in both chairmanships became his younger (half-)brother, Carl Friedrich von Siemens.

He is credited with championing the Berlin to Iraq railway system that was to be completed about 1915. The direct competition such a railway system posed to British imperial domination could have been one of the causes of WW I. Beginning in 1899, he founded Siemensstadt, a locality of Berlin, in order to expand production by building new factories and worker's accommodation.

The contents of this page are sourced from Wikipedia article on 09 Mar 2020. The contents are available under the CC BY-SA 4.0 license.
View Georg Wilhelm von Siemens 's image gallery
Image Gallery