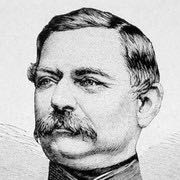 Kameke began his military career in 1834 in the 2nd military engineers section in Stettin. In 1836 he became an officer in the engineer corps and in 1850 was assigned to the General Staff, after being promoted to Captain. In 1861 he was made a Colonel and in 1863 Chief of Staff of the VIII. Armee-Korps. In 1865 he became a Major General and a short while later became Chief of Staff of the II. Armee-Korps.

He participated in the Austro-Prussian War as Chief of Staff of the II. Armee-Korps. In 1867 he was made head of the entire engineering corps; in 1868 he was made a Lieutenant General.

In the Franco-Prussian War Kameke commanded the 14. Infanteriedivision and fought in the Battle of Spicheren, the Battle of Borny-Colombey and the Battle of Gravelotte. After the surrender of the fortress of Metz he conquered Thionville, Montmédy and besieged Mézières. But before Méziéres fell he was called to Versailles on 23 December 1870 to lead the engineers' attack against Paris. On 18 February 1871 he was made head of the engineering corps and general inspector of the fortresses.

On 9 November 1873, Kameke succeeded Albrecht von Roon as Minister of War. On 22 March 1875 he was appointed General of the Infantry. On 3 March 1883 he retired from his posts and withdrew to his property, Hohenfelde near Kolberg in Pomerania.

The contents of this page are sourced from Wikipedia article on 08 Mar 2020. The contents are available under the CC BY-SA 4.0 license.
View Georg von Kameke 's image gallery
Image Gallery 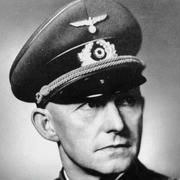