Georg Trakl (3 February 1887 – 3 November 1914) was an Austrian poet and brother of the pianist Grete Trakl. He is considered one of the most important Austrian Expressionists. He is perhaps best known for his poem "Grodek", which he wrote shortly before he died of a cocaine overdose.

Trakl was born and lived the first 21 years of his life in Salzburg. His father, Tobias Trakl (11 June 1837, Ödenburg/Sopron – 1910), was a dealer of hardware from Hungary, while his mother, Maria Catharina Halik (17 May 1852, Wiener Neustadt – 1925), was a housewife of Czech descent, she was a drug-addict and left the education to a French "gouvernante", who brought Trakl into contact with French language and literature at an early age. His sister Grete Trakl was a musical prodigy; with her he shared artistic endeavors. Poems allude to an incestuous relationship between the two.

Trakl attended a Catholic elementary school, although his parents were Protestants. He matriculated in 1897 at the Salzburg Staatsgymnasium, where he had problems in Latin, Greek, and mathematics, for which he had to repeat one year and then leave without Matura. At age 13, Trakl began to write poetry.

After quitting high school, Trakl worked for a pharmacist for three years and decided to adopt pharmacy as a career, partly this facilitated access to drugs such as morphium and cocaine. It was during this time that he experimented with playwriting, but his two short plays, All Souls' Day and Fata Morgana, were not successful. However, from May to December 1906, Trakl published four prose pieces in the feuilleton section of two Salzburg newspapers. All cover themes and settings found in his mature work. This is especially true of “Traumland” (Dreamland), in which a young man falls in love with a dying girl who is his cousin.

In 1908, Trakl moved to Vienna to study pharmacy, and became acquainted with some local artists who helped him publish some of his poems. Trakl's father died in 1910, soon before Trakl received his pharmacy certificate; thereafter, Trakl enlisted in the army for a year-long stint. His return to civilian life in Salzburg was unsuccessful and he re-enlisted, serving as a pharmacist at a hospital in Innsbruck. There he became acquainted with a group of avant-garde artists involved with the well-regarded literary journal Der Brenner, a journal that began the Kierkegaard revival in the German-speaking countries. Ludwig von Ficker, the editor of the journal Der Brenner (and son of the historian Julius von Ficker), became his patron: he regularly printed Trakl's work and endeavored to find him a publisher to produce a collection of poems. The result of these efforts was Gedichte (Poems), published by Kurt Wolff in Leipzig during the summer of 1913. Ficker also brought Trakl to the attention of Ludwig Wittgenstein, who anonymously provided him with a sizable stipend so that he could concentrate on his writing.

At the beginning of World War I, Trakl was sent as a medical official to attend soldiers in Galicia (comprising portions of modern-day Ukraine and Poland). Trakl suffered frequent bouts of depression. During one such incident in Gródek (ukrain. Horodok) near Lwiw in present Ukraine, Trakl had to steward the recovery of some ninety soldiers wounded in the fierce campaign against the Russians. He tried to shoot himself from the strain, but his comrades prevented him. Hospitalized at a military hospital in Kraków and observed closely, Trakl lapsed into worse depression and wrote to Ficker for advice. Ficker convinced him to communicate with Wittgenstein. Upon receiving Trakl's note, Wittgenstein went to the hospital, but found that Trakl had died of a cocaine overdose. Trakl was buried at Kraków's Rakowicki Cemetery on 6 November 1914, but on 7 October 1925, as a result of the efforts by Ficker, his remains were transferred to Mühlau near Innsbruck (where they now repose next to Ficker's).

While Trakl's very earliest poems are more philosophical and do not deal as much with the real world, most of his poems are either set in the evening or have evening as a motif. Silence is also a frequent motif in Trakl's poetry, and his later poems often feature the silent dead, who are unable to express themselves.

Poetry of Trakl in music

Poetry of Trakl in dance 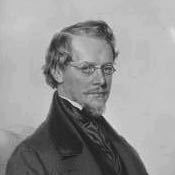