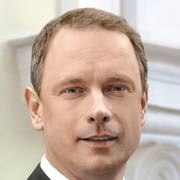 Georg Fahrenschon (born 8 February 1968) is a German politician, representative of the Christian Social Union of Bavaria. From 2008 to 2011 he served as finance minister in the Bavarian State Ministry of Finance. He was a member of the Bundestag of Germany until 2007.

Fahrenschon graduated with a Diplom in economics from the University of Augsburg in 1999.

Following the 2002 federal elections, Fahrenschon became a Member of the German Bundestag, where he served on the Finance Committee. Within the Finance Committee, he was the CDU/CSU parliamentary group’s rapporteur on Germany's Transparency Directive Implementation Act (Transparenzrichtlinie-Umsetzungsgesetz, TUG), among others.

Following the Bavarian state elections in 2008, Fahrenschon was made State Minister of Finance in the cabinet of Minister-President Horst Seehofer. During his time in office, he led the talks with his Austrian counterpart Josef Proell in 2009 about Austria nationalizing Hypo Alpe-Adria-Bank International, a local unit of BayernLB, after heavy losses tied to loans in Southeast and Eastern Europe had driven the overextended lender to the brink of collapse.

In the negotiations to form a coalition government following the 2009 federal elections, Fahrenschon was a member of the working group on taxes, national budget and financial policy, led by Thomas de Maizière and Hermann Otto Solms.

In 2011, Fahrenschon presented a proposal envisaging tax cuts of 5 billion euros ($6.5 billion) for lower- and middle incomes by 2013, the year of the subsequent federal election; this move put him in conflict with federal Finance Minister Wolfgang Schäuble, who wanted to delay tax cuts to cut Germany’s budget deficit.

In October 2011, it became known that both Fahrenschon and Steffen Kampeter, Parliamentary State Secretary at the German Finance Ministry would be seeking the presidency of the DSGV after incumbent Heinrich Haasis stepped down.

In 2012, Fahrenschon led Germany’s savings banks in helping quash a proposal for Europe-wide deposit guarantees. He later sought to limit the remaining aspects of a European banking union, namely a joint resolution fund and central supervision of all the region’s lenders. Eventually, it was agreed that day-to-day supervision of all but one of the 417 Sparkassen – the largest, the Hamburger Sparkasse is the exception – would remain in German hands.

In November 2017, shortly before Fahrenschon was scheduled to stand for re-election for another six-year term, prosecutors in Munich charged Fahrenschon with tax evasion; he admitted to having filed his tax statements for 2012, 2013 and 2014 too late but denied the allegation and declined to pay a fine. Following internal and public pressure, he resigned from his post.

Fahrenschon is married and has two daughters.

The contents of this page are sourced from Wikipedia article on 10 Mar 2020. The contents are available under the CC BY-SA 4.0 license.
View Georg Fahrenschon 's image gallery
Image Gallery