His father, Johann Ferdinand Opiz (1741–1812), was a tax official who also worked as a writer and magazine editor, and carried on a correspondence with Giacomo Casanova. His mother, Louise Philippine, was a great niece of the explorer, Engelbert Kaempfer. His brother was the botanist, Philipp Maximilian Opiz.

After completing his secondary education in Prague, he took a law degree, while studying drawing and painting in his spare time. In 1793, he continued those studies at the Dresden Academy of Fine Arts, where his primary instructor was Giovanni Battista Casanova, Giacomo's brother.

In 1798, he made his living by painting the wealthy guests at the spa in Karlsbad. Around 1800, he was in Hamburg and Bremen then, from 1801 to 1803, in Vienna. It was there he created his Scenes from the Street and Folk Life of Franciscan Vienna (a reference to Emperor Francis I). Some of these were made into etchings by Kilian Ponheimer [de], among others, and established his reputation as a genre artist. His style was influenced by William Hogarth and Daniel Chodowiecki.

His major publication, Character Scenes from Life in Paris, with twenty-four colored etchings, appeared in 1819. During the 1820s, he produced watercolors which suggest that he visited Russia and the Ottoman Empire. In the latter part of the 1820s, he became a Professor at the Hochschule für Grafik und Buchkunst Leipzig. During this period, his well-known Leipziger Messe Scenes were published in Dresden.

The contents of this page are sourced from Wikipedia article on 27 Jun 2020. The contents are available under the CC BY-SA 4.0 license.
View Georg Emanuel Opiz 's image gallery
Image Gallery 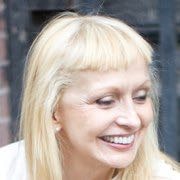