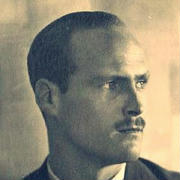 On 2 February 1931 at Darmstadt Georg, a great-grandson of Queen Victoria, married his first cousin once-removed, Princess Cecilie of Greece and Denmark, daughter of Prince Andrew of Greece and Denmark and Princess Alice of Battenberg (and thus a sister of Prince Philip, Duke of Edinburgh), a great-great-granddaughter of Queen Victoria and Prince Albert. They had four children:

On 1 May 1937 Georg Donatus and Princess Cecile both joined the Nazi Party.

In October 1937, Georg Donatus' father, Grand Duke Ernst Ludwig of Hesse died. A few weeks after the funeral, his younger brother, Prince Louis was due to be married to the Hon. Margaret Geddes, daughter of Lord Geddes. On 16 November 1937, Georg Donatus, Cecilie, their two young sons, Georg's mother Grand Duchess Eleonore, the children's nurse, a family friend, a pilot and two crewmen, flew from Darmstadt bound for the United Kingdom, where Prince Louis was due to be married. The aeroplane hit a factory chimney near Ostend and crashed into flames, killing all those on board. Cecilie was heavily pregnant with her fourth child at the time of the crash, and the remains of the newborn baby were found in the wreckage, indicating that Cecilie had gone into labour during the flight; the Belgian inquiry into the crash suggested that the pilot was attempting to land in Ostend despite the poor weather conditions because of the birth.

Prince Louis' wedding had been scheduled for the 20th, but, following discussions with his future father-in-law Sir Auckland Geddes, was brought forward to the day following the accident (17 November), as a small and quiet ceremony with the guests dressed in mourning.

Immediately afterward, he set off with his new wife Margaret to Belgium to visit the crash site. The funeral and burial of Georg Donatus and his family took place at the Rosenhöhe, Darmstadt, Hesse a few days later. Attending were Prince Philip, Prince Christoph of Hesse, Gottfried, Prince of Hohenlohe-Langenburg, Prince Philipp of Hesse, Berthold, Margrave of Baden, Prince August Wilhelm of Prussia and Lord Louis Mountbatten, among others. A photograph of the funeral procession, showing Prince Louis as chief mourner, shows crowds saluting the mourners with the Hitler salute. World War II began less than two years later.

The Hereditary Grand Duke and Duchess' fourteen-month-old daughter, Johanna, was the only one of the family who was not on board the aircraft. She was adopted by her uncle Prince Louis and aunt Princess Margaret in early 1938. Johanna died of meningitis in 1939.

With the death of the childless Prince Louis in 1968, the male line of the Hesse and by Rhine became extinct.

The crash figures in the plot of A Matter of Honour by Jeffrey Archer, in which Grand Duke Georg has in his possession the jewels of his aunt, the last Tsaritsa of Russia, which the KGB are looking for. There is no evidence in reality that this was the case.

He is depicted in the Netflix series The Crown portrayed by German actor August Wittgenstein.

Georg Donatus never acceded to the grand ducal throne as it had been abolished at the end of the First World War. Titles became surnames after that point; and it was rare for the head of a royal, grand ducal or ducal family to change his title upon accession as head of a house.

The contents of this page are sourced from Wikipedia article on 08 Mar 2020. The contents are available under the CC BY-SA 4.0 license.
View Georg Donatus, Hereditary Grand Duke of Hesse 's image gallery
Image Gallery