Geoffrey Kipsang Kamworor (born 22 November 1992) is a Kenyan long-distance runner who competes in cross country and half marathon races. He was the 2011 World Junior Cross Country Champion and has won half marathons in Lille, Berlin and Cardiff.

Raised in the village of Chepkorio in Kenya's Rift Valley Province, Kipsang first competed abroad in 2010, when he travelled to Finland and set track bests of 3:48.15 minutes for the 1500 metres and 7:54.15 minutes over 3000 metres. The following year he took to the Kenya cross country circuit and won at the Discovery Kenya Cross Country in Eldoret, defeating Essa Ismail Rashed. At the Kenyan Cross Country Championships a month later, he ran in the junior section and finished in fourth, which was enough to earn him a place on the team for the 2011 IAAF World Cross Country Championships. The world competition proved to be a pivotal moment for Kipsang's career, although it was his team mate Isiah Kiplangat Koech who was the pre-race favourite. The Kenyans were not given any team instructions and Kipsang reacted by taking the lead immediately with a very fast start. He never slipped out of the lead and out ran the field on the final lap to take the world junior title.

A month after his cross country victory, he entered the Berlin Half Marathon and won in a time of 1:00:38 hours. In June he competed on the 2011 IAAF Diamond League circuit: he set a 5000 metres best of 13:12.23 minutes at the Adidas Grand Prix in New York, then improved his 10,000 metres time to 27:06.35 minutes at the Prefontaine Classic. He knocked over half a minute off his half marathon best to win the Lille Half Marathon that September. Kipsang was employed as a pacemaker for the 2011 Berlin Marathon and his work resulted in a new world record for Patrick Makau. In his final outing of the year he ended the Delhi Half Marathon as runner-up to Lelisa Desisa after a sprint finish, although his time of 59:31 minutes made him the seventh fastest over the distance that year.

Kipsang marked his entrance into the senior cross country ranks with a win at the 2012 Cross Internacional de Itálica in Seville. He was the runner-up at the Elgoibar Cross Country behind Paul Tanui the following week. He set a half marathon best at the CPC Loop Den Haag in March, recording a time of 59:26 minutes for fourth place in a high calibre competition. He was enlisted to pace the Rotterdam Marathon and led the runners quicker than the world record pace up to 30 km. He won the World 10K Bangalore title, beating a large field of prominent runners. His marathon debut came in September, where he ran a fast time of 2:06:12 hours to claim third place at the 2012 Berlin Marathon.

In the 2013 season he ran a series of half and full marathons. He won the Ras Al Khaimah Half Marathon with a time of 58:54, a new personal best and just two seconds outside the course record. He was the winner of the Bogotá Half Marathon in July and was runner-up to Atsedu Tsegay at the Delhi Half Marathon. He placed fourth at the Rotterdam Marathon (2:09:12 hours) and his best performance that year was a run of 2:06:26 hours for third at the 2013 Berlin Marathon. 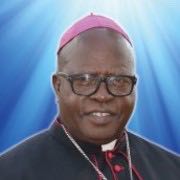