Borisov works as an engineer at the Crimean Astronomical Station [ru] of the Sternberg Astronomical Institute of the Moscow State University. There he maintains the telescopes, but does not make observations himself. He also works with Astronomicheskiy Nauchnyy Tsentr JSC, creating experimental telescopes in collaboration with Roscosmos.

Borisov pursues astronomy in his spare time at his personal observatory MARGO located in Nauchnyi, in the southern part of the Crimean peninsula. Between 2013 and 2019, he has discovered nine comets and several near-Earth objects such as 2013 TV135. These discoveries were made using telescopes he designed and built himself: GENON (2 comets), GENON Max (5 comets) and the unnamed 0.65 m telescope (2 comets, including 2I/Borisov). In 2014, Borisov received two Edgar Wilson Awards for his discoveries of C/2013 N4 and C/2013 V2.

In early 2019, Borisov completed his new 0.65-meter telescope. On August 30, 2019, he used this telescope to discover the first known interstellar comet, 2I/Borisov, which is only the second interstellar object to have been observed.

The discovery of 2I/Borisov by Gennadiy Borisov has been compared to the discovery of Pluto by Clyde Tombaugh. Tombaugh was also an amateur astronomer who was building his own telescopes, although he discovered Pluto using Lowell Observatory's astrograph.

Borisov thinks that soon amateur astronomers will no longer be able to discover new comets: "In 2016, only I have discovered a comet. In 2013, there were seven of us. Every year there are less and less. There are more and more huge telescopes. Amateurs will soon have nothing left." 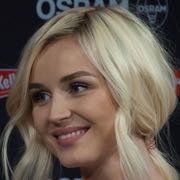 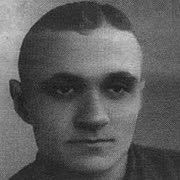