Gene Gotti (born 1946) is a former New York mobster with the Gambino crime family who was a major drug trafficker.

Born to John and Fannie Gotti, Gene has four brothers: deceased Gambino boss John Gotti, imprisoned Gambino boss Peter Gotti, capo Richard V. Gotti, and soldier Vincent Gotti. All the brothers grew up in East New York, Brooklyn. Gotti was said by John Cummings and Ernest Volkman in Goombata, "He was noted for his inability to comprehend even the simplest statement addressed to him, and people dealing with him learned to speak slowly and repeatedly." He attended Franklin K. Lane High School with the other Gotti brothers. Gotti has a wife, Rosalie, and three children and 8 grandchildren; his family home is in Valley Stream, New York.

Gene became a made man in 1976, working with his brother, John, in his South Ozone Park crew.

By the early 1980s, Gene Gotti was running a large illegal drug operation along with Gambino mobsters John “Johnny Carnegs” Carneglia and Angelo Ruggiero, under the direction of then capo John Gotti. However, boss Paul Castellano had expressively forbidden the drug trade in the Gambino family and was incensed over this act of defiance.

However, in 1985, John Gotti arranged Castellano's assassination and took over as boss. In either 1985 or 1986, John appointed Gene as the replacement Capo for the South Ozone Park crew. According to testimony by Gambino underboss Salvatore "Sammy Bull" Gravano, Gene was involved in several mob murders. He has never been charged with these alleged murders.

To his brother John's eternal fury, Gene was a successful gambler. Gene loved to tell John how he triumphed on a nine-to-one odds at the horse track while John would lose hundreds of thousands of dollars in one weekend betting football, horse racing and college basketball. According to an inside joke at the Bergin Hunt and Fish Club, "John couldn't win a bet on the color of his own underwear."

On March 13, 1987, Gene Gotti and brother John, were acquitted on federal racketeering charges involving illegal gambling, murder and other charges.

On May 24, 1989, after two mistrials, Gene was convicted of running a multimillion-dollar heroin smuggling ring. The first mistrial was for jury tampering, and the second mistrial was a hung jury. Two jurors were dismissed from the third trial, including an alternate who said he received a threatening visit from two men.

On July 8, 1989, Gene was sentenced to 50 years in federal prison. After his sentencing, the Gambino family demoted Gene from capo to soldier because he was in prison.

Gene Gotti was imprisoned at the Federal Correctional Institution, Pollock, in Pollock, Louisiana, from 1989 to 2018.

Gene Gotti is portrayed by actor Scott Cohen in the 1996 HBO television movie Gotti. He was played by actor Joseph Siravo in the 1998 made-for-TV film Witness to the Mob.

The contents of this page are sourced from Wikipedia article on 08 Sep 2019. The contents are available under the CC BY-SA 4.0 license.
View Gene Gotti 's image gallery
Image Gallery 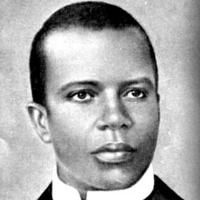