Gelsomina Verde (1982 – November 21, 2004) was an innocent victim of the Camorra who was tortured and subsequently murdered during the Scampia feud in the city of Naples on November 21, 2004, aged 22.

Gelsomina, a leather factory worker, was totally alien to the activities of the Camorra. She was abducted and tortured by members of the Di Lauro clan, in an effort to make her disclose the whereabouts of her former boyfriend, a Scissionisti clan member, Gennaro Notturno. Gelsomina and Gennaro had broken up only weeks prior to her abduction.

An autopsy conducted on her corpse revealed that she had been killed with three shots to the neck after enduring hours of torture. The killers then set her body on fire inside her car, in order to protect them from the "evil eye".

The death of an innocent girl caused widespread public revulsion and led to a major crackdown by the authorities. The governor of the Campania region (of which Naples is the capital) Antonio Bassolino said: "This challenge must be met and the state must pay attention." Two days later, Home Minister Giuseppe Pisanu dispatched 325 extra police to the city which already has a higher ratio of police to people than any other in the country. It was Gelsomina Verde's murder that finally led the Italian public to realize that the feud had gotten out of hand, and contributed towards its end on September 2005.

The family of Gelsomina Verde was constituted a civil party in criminal proceedings that ended on April 4, 2006. It resulted in the life imprisonment of Ugo De Lucia, considered to be one of the most brutal killers in the Di Lauro clan. Another Di Lauro clan member, Pietro Esposito who decided to collaborate with Italian Justice and testified against his former cohorts, received a prison term of seven years and four months for his involvement in the murder.

On December 13, 2008, Cosimo Di Lauro, was sentenced to life imprisonment for ordering the murder of Gelsomina Verde. 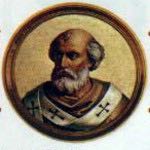