He has been described as "an Ivy League dropout, an Irish Republican Army activist, an experimental-film actor, a commune leader, a gold prospector, a teacher at San Quentin, and a bisexual sexologist/astrologer. An early gay rights activist and a practical prototype for the hippies."

Arthur was born in Colorado Springs, Colorado in 1901 to Chester Alan Arthur II and his wife, Myra Townsend Fithian Andrews. He was their only child. Arthur's father's part-ownership of a mining and ranching company gave the family a comfortable living.Arthur studied at Columbia College, was a member of the class of 1924, and joined the Philolexian Society. At school, he was spellbound by the works of British poet and activist Edward Carpenter, who left a profound impact on his views and drove him to drop out. After leaving school, he married Charlotte Wilson in 1922, but they were divorced ten years later.

After leaving college, Arthur worked in the Irish Republican Movement, living in New York, France, and Ireland. He was once jailed in Boston in connection with the movement. While in Europe, Arthur and Charlotte had roles in the 1930 avant-garde film, Borderline, which also starred Paul Robeson and H.D. In the early 1930s he moved to Pismo Beach, California, and adopted the name "Gavin," by which he would be known for the rest of his life. While there, Arthur founded an art and literature commune and published a short-lived magazine, Dune Forum. In 1934, he joined the Utopian Society of America. The following year, he married Esther Murphy Strachey.

Eschewing the Republican Party of his grandfather, Arthur served as secretary of the California Democratic Party in 1940 before resigning the following year, convinced that the party had betrayed his principles. At the outbreak of World War II, Arthur enlisted in the United States Navy.

After the war, Arthur moved to New York and undertook to write a family history, which was never completed. Returning to California in 1949, Arthur taught classes at San Quentin State Prison for several years and attempted a living as a gold prospector. In 1952, he finished his bachelor's degree at San Francisco State College. Often low on funds, Arthur sold newspapers on the streets of San Francisco in the 1950s and 60s. At the same time, he began to gain fame as an astrologer. Arthur and his second wife, Esther, were divorced in 1961.

The Circle of Sex

In 1962, Arthur published The Circle of Sex, a book that analyzed human sexuality through the lens of astrology. Rather than the linear scale developed by Alfred Kinsey, Arthur envisioned sexuality as a wheel with twelve orientations. The twelve types corresponded to the zodiac and Arthur illustrated each with an historical archetype (e.g., Don Juan, Sappho, Lady C). Arthur, bisexual himself, was said to have been intimate with Edward Carpenter and Neal Cassady. Arthur was also a friend to many of the beat generation, including Allen Ginsberg and Alan Watts, and was active in the early gay liberation movement.

Arthur married for the third time in 1965 to Ellen Jansen. He wrote an enlarged edition of The Circle of Sex the following year. He used astrology to determine the date to hold the Human Be-In in 1967. In 1968, he debated fellow astrologer Dane Rudhyar on the topic of the Age of Aquarius. In 1972, Arthur died at the Fort Miley Veterans Hospital in San Francisco. Having no children himself, he was the last living descendant of his grandfather, President Chester A. Arthur. His papers, including many family papers, were donated to the Library of Congress.

The contents of this page are sourced from Wikipedia article on 25 Jun 2020. The contents are available under the CC BY-SA 4.0 license.
View Gavin Arthur 's image gallery
Image Gallery 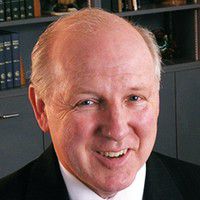 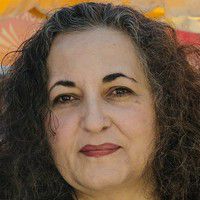