Geens received a Master in Law from the Katholieke Universiteit Leuven as well as a licentiate of economy.

In 1974 in a government led by Tindemans, Geens became Secretary of State for the Budget and Science. In 1976 he was promoted to minister but with the same competences. He became Minister of Finance in the second Tindemans cabinet, but this coalition fell over the Egmont pact. He remained Minister of Finance under Paul Vanden Boeynants and in the first two coalitions led by Wilfried Martens. During the third government led by Martens he again became minister of the budget. During Martens IV, Geens became minister-president of the Flemish Executive which he led until 1992.

Gaston Geens was seventy when he died at home due to cardiac arrest. On 30 May 2009, a statue of Geens was unveiled in Aarschot by Herman Van Rompuy. 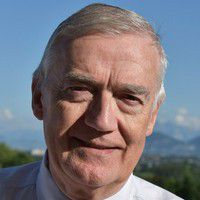 Mark With A K

Belgian singer of the eighties