Gary Morton (born Morton Goldaper; December 19, 1924 – March 30, 1999) was an American stand-up comedian, whose primary venues were hotels and resorts of the Borscht Belt in upstate New York. He was born in New York City.

Morton married actress Susan Morrow on December 17, 1953. In August 1954 they separated and finally on July 11, 1957, his marriage to Morrow was annulled in Los Angeles.

In 1960, Morton met Lucille Ball in New York City a few months before she opened on Broadway in the musical Wildcat. Morton claimed he was always busy working nights, so had not seen the beloved series I Love Lucy. They were married on November 19, 1961 at the Marble Collegiate Church in New York City. Morton signed a prenuptial agreement to stifle rumors that he was a gold digger. Morton was 13 years younger than Lucille Ball.

Morton became closely involved in the management of his wife's career, from the time of their marriage in 1961 throughout the remainder of her career. During Ball's solo years as the titular head of Desilu Productions, Morton and his brother-in-law, Fred Ball, served on the studio's board of directors in various capacities.

In recent years, Morton's effectiveness in his duties has come under some scrutiny and criticism. Most notable of these denouncements are those of Herbert F. Solow and Robert H. Justman, whose dealings with Morton during the production of the original Star Trek television series were documented in their 1996 book Inside Star Trek: The Real Story. Others, including Grant Tinker, have come forward with their own recollections of Morton's tenure at Desilu.

Most critics cite Morton's construction of a "European Street" — a ¾-scale replica of a European-styled business district street — as being a wasteful use of studio funds at a time when frugality was a necessity. According to Desilu and Paramount financial records, and as reported by Solow and Justman, not one television or theatrical production was filmed on this set before it was demolished in 1977.

After the sale of Desilu to Gulf+Western in 1967, Morton helped Ball form Lucille Ball Productions to allow her to have more of a free hand in television production. Morton served as executive producer of Ball's third series Here's Lucy (1968–1974), and was a co-executive producer of her ill-fated 1986 series Life with Lucy. Aside from producing tasks, he warmed up Ball's audiences before her entrance. He also played bit parts in Ball's various series and acted occasionally in films. He played a fictional borscht belt comedian Sherman Hart in Lenny (1974).

The contents of this page are sourced from Wikipedia article on 10 Aug 2019. The contents are available under the CC BY-SA 4.0 license.
comments so far.
Comments
Reference sources
References
http://www.ibdb.com/production.php?id=2280
https://www.nytimes.com/1999/04/01/arts/gary-morton-74-producer-for-lucille-ball.html
//www.google.com/search?&q=%22Gary+Morton%22+site:news.google.com/newspapers&source=newspapers
//scholar.google.com/scholar?q=%22Gary+Morton%22
https://www.jstor.org/action/doBasicSearch?Query=%22Gary+Morton%22&acc=on&wc=on
https://www.imdb.com/name/nm0607979/
https://id.loc.gov/authorities/names/no2011063564
https://viaf.org/viaf/170413890
https://www.worldcat.org/identities/containsVIAFID/170413890
Trending today in 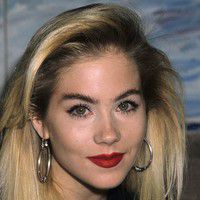 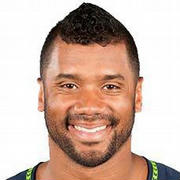 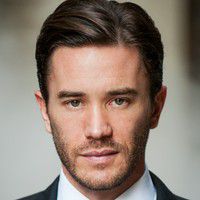