Gary McGaghey has extensive experience as a Chief Financial Officer of global enterprises. He’s served as CFO or in a similar role for multiple companies, and he’s led these companies through significant changes.

Gary McGaghey began his career with a series of positions at Baker Street Snacks, Robertsons Foods and Robertsons Homecare. At these various companies, he served as Chief Operating Officer, Chief Financial Officer, Vice President of Logistics and Executive Board Member.

McGaghey ultimately was with these companies for just over nine years, and it was at the end of this time that he had his biggest career accomplishment to date. In March - April 2002, McGaghey co-led successful exit negotiations with Unilever. The three companies were acquired by Unilever, and the private equity firm Remgro successfully captured its value in the companies.

Gary McGaghey remained with Unilever after the Robertsons' companies were acquired, first overseeing these companies and later acting as the primary contact for Remgro. Through the acquisition of the companies, Remgro became a minority stakeholder of Unilever South Africa.

As the Unilever Global Business Services’ Vice President of Finance, McGaghey was an instrumental leader in the creation of a new global business services brand. The new brand implemented growth-enhancing IT capabilities.

When acting as the Group Chief Financial Officer of Unilever South Africa, McGaghey became the Interim Chief Executive Officer during a time of transition. In this role, he ultimately oversaw all aspects of the €2 billion division.

Upon leaving Unilever in April 2017, Gary McGaghey joined Nelsons Group as its Group Chief Financial Officer. He was also Statutory Director and Company Secretary during this time.

Gary McGaghey joined Williams Lea Tag in September 2019, and he continues to serve as the company’s Group Chief Financial Officer. He was brought onboard to lead through a transformation that included mergers and acquisitions, cost restructuring, carve outs, divestitures and balance sheet refinancing. 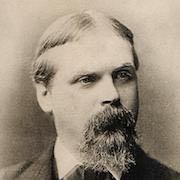