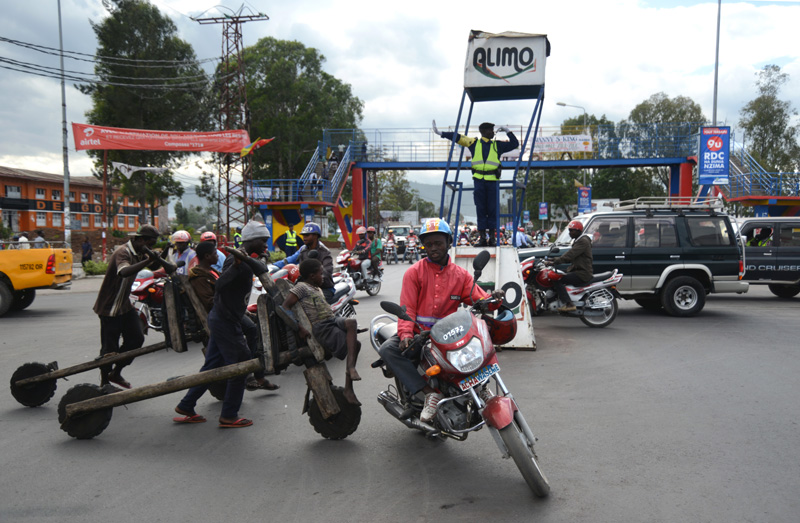 Gary Mark Smith (born April 27, 1956) is an American street photographer. Smith is noted for his pioneering global range and his empathetic and literal style of photography sometimes captured in extremely hazardous circumstances.

Born in Bethlehem, Pennsylvania, Smith took his first photographs growing up on his family farm outside Kutztown. In high school he began photographing street life in Washington Square in nearby New York City.

In 1984 he earned a BS in journalism from the University of Kansas at Lawrence. In 1996 he earned a Master of Arts degree, the product of a full teaching fellowship provided by Purdue University at West Lafayette, Indiana. Between 1982 and 2005 Smith became recognized as a street photographer and distinguished by blurring the line between journalism (documentary) and art. His projects included:

Cold War Several expeditions to the Cold War inspired guerrilla wars in El Salvador and Guatemala, and Nicaragua - moonlighting as a journalist for the University Daily Kansan newspaper and selling combat photography he made on the side as a freelance photographer to the Associated Press, United Press International and other agencies. His accounting of the Streets of Cold War Hot Spots garnered Smith a William Randolph Hearst Award nomination and in December 1991 American Photo magazine named Smith an American Photo Career Photographer in that publication’s first ever honors competition.

Eruption of the Sufriere Hills volcano on the Caribbean island of Montserrat.

Molten Memoirs In September 1997 Smith gained access to the 'death zone' of Salem, Montserrat in the Lesser Antilles in the Caribbean, becoming one of the 200 famous volcano holdouts there who refused to leave until a near-fatal close call eruption of the Soufriere Hills Volcano on September 22, 1997 finally forced the holdouts to flee. In February 1999 Smith released his first global street photography book, a well-received journal (Molten Memoirs: Essays, Rumors Field Notes and Photographs from the Edge of Fury) about his experience. In November 2000 Smith was honored for his work in Montserrat as an American Photo magazine champion for the second time, as a winner of the “International Reader’s Competition”. In July 2009 a portfolio of 45 photographs from Holdout Streets of the Montserrat Volcano Disaster was accessioned into the permanent collection of the Montserrat National Trust.

Tora Bora: An American Global Street Photographer’s Post 9-11 View of the Streets of the Afghanistan/Pakistan Tribal Belt at the Time of Tora Bora.

Smith’s Streets of the Post-9/11 World project including work from: Ground Zero in New York City; the Streets under the air war adjacent to the Battle of Tora Bora; the streets of the Afghanistan/Pakistan border refugee camps; the streets of the Federally Administered Tribal Areas (FATA) in Pakistan at Peshawar; beyond the Khyber Pass (Mohmand and Khyber Agencies); and to the everyday post-9/11 terror war streets of Las Vegas, Nevada, Paris, France and Lawrence, Kansas, U.S.A., his hometown and the only city in North America (Bleeding Kansas) established during a terror war (John Brown; William Quantrill), resulted in his third global street photography book White With Foam: Essays, Rumors, Field Notes and Photographs from the Edge of World War III published online and in June 2009 released as a Kindle Edition.

The Aftermath of Hurricane Katrina and the Flood of New Orleans

On September 1, 2005 Smith was sent by the American Red Cross to the aftermath of Hurricane Katrina and the flood of New Orleans, Louisiana, becoming a member of the Red Cross first strike team, helping run undermanned rescue shelters in southern Louisiana on the outskirts of the Flood of New Orleans. During his service he photographed the Flood of New Orleans while on a cat rescue mission afloat down Canal Street and in addition photographed the extreme hurricane surge damage of nearly the entire Mississippi Gulf Coast Highway 90. In 2009, eight of the images were accessed into the permanent art collection at the New Orleans Museum of Art (NOMA).

Sleeping in the City:Global Street Photography from Inside the Wire. Although called the godfather of citizen journalism for his innovative but risky historical access street photography technique, Smith has furthermore emerged among contemporary street photographers as the pioneer who advanced street photography to a global range. A lifetime mission documenting the streets of the world through his artwork has journeyed Smith to the streets of more than 75 countries on six continents. His photographs from these “everyday global café streets” (thematic and typically lime-lighting the fashion, advertising, and particular place-defining urban elements of a location adorned with the serendipity of the passing local throng) have been included in private art collections worldwide and many of the images have been accessed into important museum collections in North America, South America, and Europe.

Lived in and photographed the largest gang-occupied favela in Rio de Janeiro before pre-World Cup pacification in 2011. Smith went on to publish a book about the project called Favela da Rocinha, Brazil and then re-entrenched himself in the slum for weeks at a time during the following three years to document the post-World Cup streets as the gangs slowly took back control of most of Rocinha's alleyways.

Embedded himself inside the United Nations peacekeeping mission in North Kivu, the Democratic Republic of the Congo. Photographed life on the streets of Goma, capital city of the ongoing Congo Wars that have taken the lives of more than 5.4 million since the Rwanda Genocide in 1993; also photographing life in the infamous Mugunga refugee camp on the flanks of Mount Nyiragongo volcano.

A timeline of notable Smith projects and honors

1990- photographed the crumbling Iron Curtain including West Germany, East Germany, Poland, Czechoslovakia, Yugoslavia, Hungary, Greece, Italy, Switzerland, France, Belgium, and the Netherlands leading up to European and German Reunification, including celebrations in Prague and on October 3, 1990 in Köln (Cologne), Germany.

1991- photographed the streets of the collapse of the Soviet Union, as it dissolved.

1996- was asked by Lawrence gallery mate and neighbor William S. Burroughs to be a contributor at an art exhibition opening at Spencer Art Museum at the University of Kansas in celebration of the collaboration between Burroughs and Smith’s boyhood friend Keith Haring from Kutztown, Pennsylvania.

2000- named a winner of the American Photo International Reader's Competition.

2006- four of Smith’s images (from Greece, Amsterdam, Montserrat and Las Vegas) were selected by photography critic Mason Resnick for inclusion in the four-month international street photography Crosswalks Exhibition at the Oklahoma City Museum of Art (OKCMOA). Later, after the exhibition closed, the museum accessioned two of Smith’s digital street photographs (from Las Vegas and Amsterdam) into its permanent art collection.

2006- Two photographs from the Streets of the Aftermath of Hurricane Katrina series became part of the Katrina Exposed Exhibition (June–September) at the New Orleans Museum of Art (NOMA): Devastatingly Beautiful and Ronald McDonald Mississippi Surge-Scape.

2008- established 30-year traveling retrospective of his global street photography from 64 countries on six continents called Sleeping in the City: Dreamscapes and Other Episodes from Inside the Wire.

2009- eight photographs from Smith's 2007 Streets of the Aftermath of Hurricane Katrina were accepted into the permanent collection of the New Orleans Museum of Art (NOMA), as part of the hurricane memorial portfolio.

2011- collection of archives, research material, negatives, prints and personal mementos to the Kenneth Spencer Research Library at the University of Kansas, Lawrence, Kansas created in the artist's name. The library announced the formation of the Gary Mark Smith Collection as part of its Kansas Collection.

2011-2014- Smith with partner Sarah Stern, photographed the streets of the gang-controlled Favela Rocinha in Rio de Janeiro before the city's pacification of the favela, and then continued photographing Rocinha alone as the gangs (post World Cup) retook control of most of the slum. The Stern/Smith book about the adventure (Favela da Rocinha, Brazil), along with 20 of their photographic prints from the book were inducted into the Joan Flasch Artists Book Collection at the School of the Art Institute of Chicago.

2015- embedded himself into and photographed the war torn and impoverished volcanic-scarred streets of Goma, the Democratic Republic of the Congo.

Smith had a difficult upbringing that ended badly, ultimately shaping resilience as a major theme in his artwork. His mother committed suicide, a victim of uncontrollable depression, when he was in the fifth grade, resulting in his development as a self-reliant and independent spirit unencumbered by self-doubt. He was knocked unconscious in secondary lightning strikes twice as a teenager, once when he was 15 and again at 19, resulting in later incorporation of the fury of nature into his global street photography method.

In 1976 Smith was abruptly disabled during a knee operation when insufficient room for swelling was left in the cast that was applied and his nerve was crushed from three inches above the knee all the way down through his left foot. This rendered him either in agonizing pain and/or existing under the influence of powerful painkillers for the rest of his life.

In 1978 while hitchhiking across the United States, Smith picked up a newspaper one morning at a truck stop outside Scottsbluff, Nebraska and was inspired by an article he read promising cheaper international airfares under the new Airline Deregulation Act. That development, when blended with an inexplicable wanderlust, compelled him to become an experimental fine art global street photographer instead of the other less exciting (more painful and less pain distracting) things left available to him. 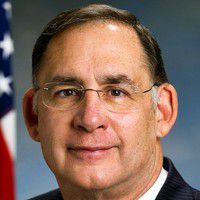