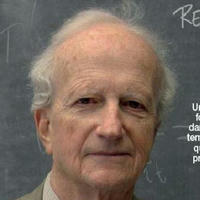 Gary Stanley Becker (/ˈbɛkər/; December 2, 1930 – May 3, 2014) was an American economist who received the 1992 Nobel Memorial Prize in Economic Sciences. He was a professor of economics and sociology at the University of Chicago, and was a leader of the third generation of the Chicago school of economics.

Becker was awarded the Nobel Memorial Prize in Economic Sciences in 1992 and received the United States Presidential Medal of Freedom in 2007. A 2011 survey of economics professors named Becker their favorite living economist over the age of 60, followed by Ken Arrow and Robert Solow. Economist Justin Wolfers called him, "the most important social scientist in the past 50 years."

Becker was one of the first economists to analyze topics that had been researched in sociology, including racial discrimination, crime, family organization, and rational addiction. He argued that many different types of human behavior can be seen as rational and utility maximizing. His approach included altruistic behavior of human behavior by defining individuals' utility appropriately. He was also among the foremost exponents of the study of human capital. According to Milton Friedman, he was “the greatest social scientist who has lived and worked" in the second part of the twentieth century.

Born to a Jewish family in Pottsville, Pennsylvania, Becker earned a B.A. at Princeton University in 1951, and a Doctor of Philosophy at the University of Chicago in 1955 with a thesis entitled The Economics of Racial Discrimination. At Chicago, Becker was influenced by Milton Friedman, whom Becker called "by far the greatest living teacher I have ever had". Becker credits Friedman's course on microeconomics for helping to renew his interest in economics. Becker also notes that during his time at Chicago, there were several other economists that greatly impacted his future work, namely Gregg Lewis, T.W. Schultz, Aaron Director, and L.J. Savage. For a few years, Becker worked as an Assistant Professor at Chicago and conducted research there. Before turning 30, he began to teach at Columbia University in 1957 while also conducting research at the National Bureau of Economic Research. In 1970 Becker returned to the University of Chicago to teach, and in 1983 was offered a joint appointment by the Sociology Department of Chicago. In 1965 he was elected as a Fellow of the American Statistical Association.

Becker was a founding partner of TGG Group, a business and philanthropy consulting company. Becker won the John Bates Clark Medal in 1967. He was elected a Fellow of the American Academy of Arts and Sciences in 1972. Becker was a member, and later the president of, the Mont Pelerin Society. Becker received the Nobel Prize in 1992 "for having extended the domain of microeconomic analysis to a wide range of human behavior and interaction, including nonmarket behavior". Becker also received the National Medal of Science in 2000.

A political conservative, he wrote a monthly column for Business Week from 1985 to 2004, alternating with liberal Princeton economist Alan Blinder. In 1996 Becker was a senior adviser to Republican Presidential Candidate Robert Dole. In December 2004, Becker started a joint weblog with Judge Richard Posner entitled The Becker-Posner Blog.

Becker's first wife was Doria Slote, from 1954 until her death in 1970. The marriage produced two daughters, Catherine Becker and Judy Becker. About ten years later, in 1980 Becker married Guity Nashat, a historian of the Middle East whose research interests overlapped his own.

In 2014 Becker died in Chicago, Illinois aged 83. The same year, he was honored in a three-day conference organized at the University of Chicago.

Becker's work has been influential not only in economics but also other disciplines including sociology and demography. His most famous work is A Treatise on the Family, and he has written on sociological topics as diverse as marriage, the family, criminal behavior, and racial discrimination.

Becker recognized that people (employers, customers, and employees) sometimes do not want to work with minorities because they have preference against the disadvantaged groups. He goes on to say that discrimination increases the cost of the firm because in discriminating against certain workers, the employer would have to pay more so that work can proceed without them. If the employer employs the minority, low wages can be provided, but more people can be employed, and productivity can be increased.

These contributions to politics by Becker have come to be known as "Chicago political economy" of which Becker is considered one of the founding fathers.

Becker's insight was to recognize that dead-weight losses put a brake on predation. He took the well-known insight that dead-weight losses are proportional to the square of the tax, and used it to argue that a linear increase in takings by a predatory interest group will provoke a non-linear increase in the dead-weight losses its victim suffers. These rapidly increasing losses will prod victims to invest equivalent sums in resisting attempts on their wealth. The advance of predators, fueled by linear incentives slows before the stiffening resistance of prey outraged by non-linear damages.

Jurist Richard Posner has stressed the enormous influence of Becker's work "has turned out to be a fount of economic writing on crime and its control", as well as the analytics of crime and punishment.

While Becker acknowledged that many people operate under a high moral and ethical constraint, criminals rationally see that the benefits of their crime outweigh the cost such as the probability of apprehension, conviction, and punishment, and their current set of opportunities. From the public policy perspective, since the cost of increasing the fine is trivial in comparison to the cost of increasing surveillance, one can conclude that the best policy is to maximize the fine and minimize surveillance. However, this conclusion has limits, not the least of which include ethical considerations.

In his 1964 book Human capital theories Becker worked through the labor capital theory and introduced the economic concept of human capital. This book is now a classic in economy research and Becker went on to become a defining proponent of the Chicago school of economics. The book was republished in 1975 and 1993. Becker considered labor capital theory, because it was applied in communist countries such as Russia, China and the Eastern bloc. He mused "economists and plan-makers have fully agreed with the concept of investing on human beings".

Together, Becker and Jacob Mincer founded Modern Household Economics, sometimes called the New Home Economics (NHE) in the 1960s at the labor workshop at Columbia University that they both directed. Shoshana Grossbard, who was a student of Becker at the University of Chicago, first published a history of the NHE at Columbia and Chicago in 2001. After receiving feedback from the NHE founders she revised her account.

Among the first publications in Modern Household Economics were Becker (1960) on fertility, Mincer (1962) on women’s labor supply, and Becker (1965) on the allocation of time. Students and faculty who attended the Becker-Mincer workshop at Columbia in the 1960s and have published in the NHE tradition include Andrea Beller, Barry Chiswick, Carmel Chiswick, Victor Fuchs, Michael Grossman, Robert Michael, June E. O'Neill, Sol Polachek, and Robert Willis. James Heckman was also influenced by the NHE tradition and attended the labor workshop at Columbia from 1969 until his move to the University of Chicago. The NHE may be seen as a subfield of family economics.

In 2013, responding to a lack of women in top positions in the United States, Becker told the Wall Street Journal reporter David Wessel, "A lot of barriers [to women and blacks] have been broken down. That's all for the good. It's much less clear what we see today is the result of such artificial barriers. Going home to take care of the kids when the man doesn't: Is that a waste of a woman's time? There's no evidence that it is." This view was criticized by Charles Jones, stating that, "Productivity could be 9 percent to 15 percent higher, potentially, if all barriers were eliminated."

In the mid 1960s Becker and Kelvin Lancaster developed the economic concept of a household production function. Both assumed that consumers in a household receive utility from the goods they purchase. Such as for example, when consumers purchase raw food. If it is cooked, a utility arises from the meal. In 1981 Becker published Treatise on the Family, where he stressed the importance of division of labor and gains from specification.

Economics of the family

During Becker's time at Chicago in the 1970s, he mostly focused on the family. He had previously done work with birth rates and family size, and he used this time to expand understanding of how economics works within a family. Some specific family issues covered during this time were marriage, divorce, altruism toward other members of the family, investments by parents in their children, and long-term changes in what families do. All of Becker's research on the family resulted in A Treatise on the Family (1981). Throughout the decade, he contributed new ideas and information, and in 1991 an expanded edition of the work was published. His research applies basic economic assumptions such as maximizing behavior, preferences, and equilibrium to the family. He analyzed determinants for marriage and divorce, family size, parents’ allocation of time to their children, and changes in wealth over several generations. This publication was an extensive overview of the economics of the family and helped to unite economics with other fields like sociology and anthropology.

At the core of Becker's economic theory on the family, which he developed on the basis of figures for United States families in 1981, is the rotten kid theorem. He applied the economics of an altruist to a family, where a person takes actions that improve the well-being of another person, despite more self-interested action being feasible. Becker pointed out that a parent foregoes higher income, by focusing on family work commitments to maximize a well-meaning objective. Becker also theorized, that a child in a US family is perfectly selfish because it maximizes its own utility, thus possibly rotten in economic terms. There have been attempts to test this economic thesis, in the course of which it was found that cross-generational families do not necessarily maximize their joint income.

A 2007 article by Gary Becker and Julio Jorge Elias entitled "Introducing Incentives in the market for Live and Cadaveric Organ Donations" posited that a free market could help solve the problem of a scarcity in organ transplants. Their economic modeling was able to estimate the price tag for human kidneys (about 15,000 USD) and human livers (about 32,000 USD). It is argued by critics that this particular market would exploit the underprivileged donors from the developing world.

The contents of this page are sourced from Wikipedia article on 03 Feb 2020. The contents are available under the CC BY-SA 4.0 license.
View Gary Becker 's image gallery
Image Gallery 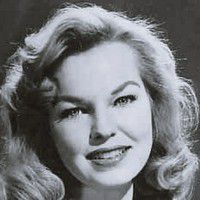