Garry Alan Monk (born 6 March 1979) is an English football manager and former professional footballer who played as a centre-back. He is currently the Head Coach of Championship club Leeds United.
He played for Swansea City in all four divisions of professional football from 2004 to 2014, for the majority of that time as captain. He played 260 games for Swansea in all competitions over ten seasons, and was part of their team which won the 2013 Football League Cup Final. Monk eventually became Swansea City manager in 2014 until leaving the club in November 2015.

Born in Bedford, Bedfordshire, Monk began his career as a trainee with Torquay United, making five appearances during the 1995–96 season, whilst still a trainee after growing up in Torquay for the majority of his youth. At the end of that season he moved to Southampton to complete his apprenticeship and turned professional with The Saints in May 1997.

He later had a loan spell at Oxford United (in January 2001), but was recalled from Oxford by Glenn Hoddle owing to an injury crisis amongst the Southampton defenders. In May 2001, he started in both of the last two home games at The Dell, against Manchester United and Arsenal, both of which resulted in victories.

Monk had a longer loan spell with Sheffield Wednesday (from December 2002 to 20 March) with a view to a permanent transfer, which failed to materialise after Wednesday's relegation to Division Two. He eventually left the Saints in February 2004, signing for Barnsley on a free transfer, having been on loan for the previous three months. He struggled to settle in at Oakwell, but scored his first career goal in a 2–1 home FA Cup win against Bristol City on 16 December, and moved to Swansea City on a free transfer in June 2004. Monk made his debut for Swansea on 7 August 2004 in their 0–2 defeat to Northampton Town at Vetch Field on the first day of the new League Two season. On 4 September, he was given a straight red card in the 84th minute of the game away to Yeovil Town, for conceding a penalty on Phil Jevons, converted by Gavin Williams for the only goal of the game. Monk was again sent off on 20 November in a 0–2 defeat at Shrewsbury Town for pushing over referee Eddie Ellans in the 43rd minute; teammate Andy Robinson was also dismissed two minutes later. He received a third red card on 8 February 2005 for two bookings in a minute during a 0–1 defeat at Mansfield Town. Swansea finished the season with promotion to League One.

On 22 November 2005, Monk scored his first goal for Swansea, heading their third as they reached the quarter-finals of the Football League Trophy with a 4–0 win over Rushden & Diamonds at the Liberty Stadium. The first league goal of his career came on 14 January 2006, opening a 1–1 draw away to Bradford City from Robinson's corner just before half time. Swansea defeated Brentford in the play-off semi-finals, but lost in a penalty shootout to Barnsley in the final at the Millennium Stadium on 27 May. Monk played the full 120 minutes in the final, and put in the cross from which Rory Fallon equalised with an overhead kick.

In August 2006, following the release of Roberto Martínez, it was announced he Monk become the captain for the forthcoming season. However, just two games into the 2006–07 season, he picked up a cruciate ligament injury in an innocuous-looking challenge with Scunthorpe striker Andy Keogh, which ruled him out for the whole campaign and with his contract running out at the end of the season his future was in doubt.

Monk returned to the team at the beginning of the 2007–08 season as skipper, captaining the Swans to promotion to the second tier of English football for the first time in 24 years. Monk lifted his first piece of silverware as Swansea captain as the team sealed promotion as League One champions with a club record 92 points. He contributed one goal during the campaign, a header in a 3–2 home win over Leeds United.

The 2008–09 season brought Monk a new central defensive partner in Ashley Williams, signed from Stockport County towards the end of the previous campaign, as Alan Tate was dropped from the side. On 9 August, the opening day of the Championship season, Monk was sent off for a foul on Matt Holland in a 0–2 defeat to Charlton Athletic at The Valley. His only goal of the season was the home winner against Bristol City on 18 April 2009, heading in Andrea Orlandi's corner after 25 minutes. In their first season back in the Championship, Swansea finished 8th.

In the 2009–10 season, Swansea missed out on a Championship play-off place on the final day of the season. On 11 August, in the first round of the League Cup, Monk headed Swansea's first goal of a 3–0 win over Brighton & Hove Albion. Two weeks later, he was one of three Swansea players sent off – alongside Àngel Rangel and Gorka Pintado – as the team lost 1–2 after extra time at home against Scunthorpe United in the second round. Following Paulo Sousa's exit to join Championship rivals Leicester City, Monk criticised his former manager, saying his tactics and training methods were not good enough. Monk's 2012 autobiography Loud, Proud and Positive would later reveal that the Portuguese manager and his captain rarely saw eye to eye.

The 2010–11 season started well, as Monk played every game until picking up an injury against Colchester United in the FA Cup on 8 January 2011. He would soon return to the side, however, and captain the Swans to a place in the Premier League via a Championship Play-off Final win against Reading. Monk's contribution would be rewarded with a new three-year contract, keeping him at the club until 2014.

On 6 February 2013, Monk signed a one-year contract extension at Swansea, keeping him at the club until June 2015. Later that month, Monk won the first major trophy of his career as Swansea, under manager Michael Laudrup, beat Bradford City 5-0 in the 2013 League Cup Final at Wembley Stadium. Monk lifted the cup together with Ashley Williams after coming on as a 62nd-minute substitute for Ki Sung-yueng in the Final in a 5-0 win against Bradford City.

After making only 15 appearances across all competitions in the 2012–13 season, 11 of which were in the Premier League, Monk admitted on 15 July 2013 that "the time was right to pass the [captain's] armband". It was handed over to Ashley Williams, the player who had worn it in Monk’s absences during the previous two years.

On 4 February 2014, Monk was appointed by chairman Huw Jenkins as interim player-manager following the sacking of manager Michael Laudrup. His first game in charge was the South Wales derby on 8 February against Cardiff City, which Swansea won 3–0 with all three goals scored in the second half. After finishing second in their Europa League Group A behind Valencia CF, Monk's Swansea reached the Round of 32 in the Europa League; however, they were knocked out by Rafa Benitez's Napoli side after losing 3–1 on aggregate over two legs to the Italian side.

Swansea survived a relegation battle and secured safety with one match to spare. Monk became the permanent manager of Swansea City on 7 May 2014, signing a 3-year contract.

In the opening game of the 2014–15 season, Monk led Swansea to a 2–1 away win against Manchester United, the club's first ever league win at Old Trafford. The Swans continued their positive start to the league season with two home wins against Burnley and West Brom, a run of results which saw Swansea sit joint top of the Premier League table and Monk pick up the Barclays Manager of the Month award for August.

After Swansea's 2–1 defeat to Stoke City on 19 October 2014, Monk claimed that Stoke's Victor Moses had dived for a penalty, and said it was "disgusting" of referee Michael Oliver to award it. Although interviewed by the FA and warned about his conduct in media interviews, Monk was not charged over these statements.

On 11 May 2015, Swansea recorded the double over Arsenal, making the Swans only the third side in Premier League history to have won home and away against both Arsenal and Manchester United in the same season. The Swans ended the season in eighth position with a record points tally.

After 12 years association with the club, Monk was sacked by Swansea on 9 December 2015 following a run of one win in 11 Premier League matches, which left the club 15th in the Premier League table. As a result of Monk's sacking, coaches Pep Clotet, James Beattie and Kristian O'Leary also left the club.

Monk made his first signing as Leeds head coach on 28 June 2016, with the addition of Swedish striker Marcus Antonsson for a fee around £2 million. On 7 August, Monk's first match in charge of Leeds was against Q.P.R. in a 3–0 defeat on the opening day of The Championship season. Monk's first victory came in the following game on 10 August with a 5–4 penalty shootout victory for Leeds after a 2–2 draw after extra time against Fleetwood Town.

In November 2016, after guiding Leeds to sixth place and into the Championship playoff positions and also the quarter finals of the EFL League Cup, Monk was nominated for the October Championship Manager of the Month award; however, he narrowly missed out with the award going to Newcastle United's Rafa Benitez.

On 29 November 2016, Monk's Leeds were knocked out of the EFL Cup after losing a quarter-final match against Jurgen Klopp's Liverpool at Anfield in a 2-0 defeat, however Leeds had put on an impressive performance against the then Premier League leaders After beating Brentford 1-0 on 17 December, Monk's Leeds were 5th in the playoff positions in the Championship during Christmas 2016, which had been their highest position at this time of the season since Simon Grayson's Leeds side in 2010. 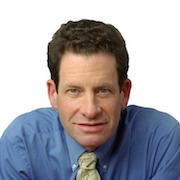 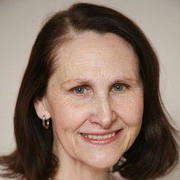