Garrett John Hedlund was born on September 3, 1984, in Roseau, Minnesota, to Kristine Anne (née Yanish) and Robert Martin Hedlund. His father is of Swedish descent and his mother is of Norwegian and German descent. He is the youngest of three children, with a brother, Nathaniel, and a sister, Amanda.

Hedlund was raised on a remote beef cattle farm near the small town of Wannaska, Minnesota in the Scandinavian diaspora.

In the 9th grade, he moved to live with his mother in Arizona. From an early age, he has had a great fondness for reading. During his school years he participated in ice hockey, track and field, melee fight and American football. In Arizona he saved his tips from working as a waiter to pay for lessons with acting coach Jean Fowler, with whom he worked on speeches and script material.

Six months after graduating from Horizon High School, he moved to Los Angeles.

In 2003, Hedlund moved to Los Angeles to pursue his acting career. As a teenager, Hedlund modeled for L.L. Bean and Teen Magazine.

At the age of nineteen, Hedlund made his debut in his first feature film playing Patroclus who was the younger cousin of Achilles played by Brad Pitt in the mythological epic adventure war drama Troy, directed by Wolfgang Petersen. The film was released on May 14, 2004. He also co-starred with Billy Bob Thornton, Amber Heard and Tim McGraw as Don Billingsley in the 2004 sports drama Friday Night Lights, where McGraw played his abusive father. He co-starred with Mark Wahlberg in the crime drama Four Brothers as Jack Mercer.

He co-starred with Ed Speleers, Jeremy Irons, Sienna Guillory, Djimon Hounsou and John Malkovich in the fantasy-adventure film Eragon as Murtagh Morzansson. In October 2006, it was announced that the actors from the Eragon film would lend their voices to the game adaptation. Hedlund lends his image and voice to his character Murtagh in the video game Eragon.

In 2010, he co-starred with Jeff Bridges and Olivia Wilde in the science fiction/action film Tron: Legacy, playing Sam Flynn. Hedlund won a "Darwinian casting process" which tested hundreds of actors, being chosen for having the "unique combination of intelligence, wit, humor, look and physicality" that the producers were looking for in Flynn's son. Hedlund trained hard to do his own stunts, which included jumping over cars and copious wire and harness work. The film was released on December 17, 2010 and directed by Joseph Kosinski. It is a sequel to the 1982 film Tron, whose director Steven Lisberger returned to produce. Hedlund was also considered by Disney to play Captain America / Steve Rogers in the Marvel Cinematic Universe, but had to abandon the project because his film schedule got in the way of Tron: Legacy.

Hedlund co-starred with Gwyneth Paltrow, Leighton Meester and his Friday Night Lights co-star, country musician Tim McGraw in the musical drama Country Strong, which was released on December 22, 2010. He recorded a number of songs for the film including "Chances Are" which appeared on Country Strong: Original Motion Picture Soundtrack. His performance was well received by critics. Noting voice similarities between Hedlund and Charlie Robison, Roughstock said "the best song on this album belongs to him" and Country Weekly wrote that of all the songs performed by actors in this film, his was "the most convincing". Six other songs, including a duet with Meester, were featured on a second soundtrack titled Country Strong: More Music from the Motion Picture.

He also co-starred with Kristen Stewart, Sam Riley, Kirsten Dunst and Viggo Mortensen as Dean Moriarty in the 2012 adventure drama On the Road, produced by Francis Ford Coppola. The film was directed by Walter Salles and based on Jack Kerouac's novel of same name. Hedlund was cast as Kaneda Shotaro in the live-action version of Akira but production of the film was cancelled.

In 2012, he was an advertising and catwalk model for the Italian fashion firm Prada. Disney said in December 2012 that Hedlund would reprise his role of Sam Flynn in the sequel to Tron: Legacy.

He co-starred with Oscar Isaac, Justin Timberlake and Adam Driver in the 2013 French-American black comedy-drama film Inside Llewyn Davis, directed by Joel and Ethan Coen.

Hedlund pays homage to a fallen cowboy whose name is Lane Frost in the music video of the song Beautiful War by American rock band Kings of Leon.

Hedlund reportedly turned down the roles of Christian Grey in the film adaptation of E. L. James' best-selling novel Fifty Shades of Grey and Finnick Odair in the sequel to the dystopian science fiction/adventure film The Hunger Games titled The Hunger Games: Catching Fire.

In 2014, Hedlund co-starred with Jack O'Connell and Domhnall Gleeson in the historical drama Unbroken, directed by Angelina Jolie.

Hedlund played James Hook (future Captain Hook) in the film Pan in 2015, co-starring alongside Hugh Jackman, Rooney Mara and Levi Miller, directed by Joe Wright. In September of that same year, Hedlund wrote the book The Art of Pan with Joe Wright and Christopher Grove.

Also that same year, he co-starred with Sharon Stone as an aspiring artist in Steven Soderbergh's HBO murder mystery drama series Mosaic. It was released in two forms: as an iOS/Android mobile app and as a television drama.

He co-starred with Forest Whitaker and Usher in the 2018 drama film Burden, inspired by true events. In 2019, he co-starred with Ben Affleck, Oscar Isaac, Charlie Hunnam, and Pedro Pascal in the action-adventure film, released by Netflix, Triple Frontier recorded between Soacha and Bogotá, where he plays a former Special Forces Soldier in a particular mercenary operation in South America. He co-stars with Kelly Macdonald in the romantic drama film Dirt Music, directed by Gregor Jordan, based on the novel of the same name by Tim Winton. Hedlund recorded a number of songs for the film. In August of that year, a "Dirt Music" soundtrack album (featuring music from the film) was released as a digital download.

In 2021 he portrayed controversial U.S. government official Harry J. Anslinger in the biographical film The United States vs. Billie Holiday, directed by Lee Daniels; Anslinger was actually in his mid 50s to 60s during the setting of the film. In September 2021, he stars in the first Stephen King podcast titled Strawberry Spring.

Hedlund is a skilled guitarist and violinist. During the filming of Eragon in Slovakia, his co-star Jeremy Irons was his personal instructor in the development of alternative violin techniques.

Hedlund was in a relationship with his On the Road co-star Kirsten Dunst from 2012 to 2016. They were briefly engaged before they broke up.

Since March 2019, Hedlund has been in a relationship with actress Emma Roberts. In August 2020, it was announced that the couple were expecting their first child, a son. On December 27, 2020 in Los Angeles, Roberts gave birth to a boy named Rhodes Robert Hedlund. Country singer and actor Tim McGraw is godfather to Hedlund's son.

The contents of this page are sourced from Wikipedia article on 25 Nov 2021. The contents are available under the CC BY-SA 4.0 license.
View Garrett Hedlund 's image gallery
Image Gallery 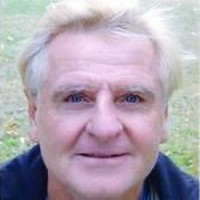