Gao owned a villa near Qinshan Hill (秦山) in Jinshan, named Xianxian Shanzhuang (閑閑山莊), and Huang Binhong painted a Shan-Shui (landscape painting) for it. The villa was destroyed during the Second Sino-Japanese War when the Japanese army invaded Shanghai. Gao also had his own family press, library and a book-collecting chamber named Chuiwan Chamber (吹萬樓) which stored more than 100,000 volumes. In his late years, Gao donated all his book collections to the Fudan University Library in Shanghai. His rare collections included more than one thousand versions of Shi Jing from different periods in Chinese history, which was the largest at that time.

Gao was a leading figure of the South Society which was the largest literature and poetry organization during the late Qing Dynasty and the early period of the Republic of China (ROC). Many of Gao's family members were involved in the founding and development of the society. Gao's relative Gao Xu was one of the three co-founders of the society. Gao's nephew Yao Guang (姚光) and son Gao Junxiang (高君湘) were also active members of the society.

Gao's grandson Charles K. Kao was awarded the 2009 Nobel Prize in Physics for his groundbreaking achievements concerning fiber-optic communication. Gao's brother's son Ping-Tse Kao was also a physicist, and the Kao Crater on the moon is named after him.

Gao was an accomplished artist and were especially good at calligraphy and Bird-and-flower painting. In 1990s and 2000s, Gao's calligraphies and paintings has been shown in various antique auctions in Shanghai, Beijing, Hangzhou, and Hong Kong and gained popularity.

The contents of this page are sourced from Wikipedia article on 22 May 2020. The contents are available under the CC BY-SA 4.0 license.
View Gao Xie 's image gallery
Image Gallery 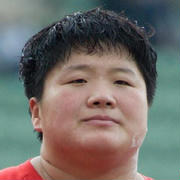