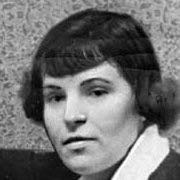 From 1937 to 1939, Ustvolskaya studied at the college attached to the Leningrad Conservatory (later renamed the Rimsky-Korsakov Conservatory). From 1947 till 1977 she taught composition at this college. In 1939 entered Dmitri Shostakovich's composition class at the Conservatory as the only female student in his class. Her composition teacher said of her:

"I am convinced that the music of G. I. Ustvolskaya will achieve world fame, and be valued by all who hold truth to be the essential element of music."

Shostakovich sent some of his own as yet unfinished works to Ustvolskaya, attaching great value to her comments. Some of these pieces even contain quotations from his pupil’s compositions; for example, he employed the second theme of the Finale of her clarinet trio throughout the Fifth String Quartet and in the Michelangelo Suite (no. 9). The intimate spiritual and artistic relationship between the two composers has been compared to that of Schoenberg and Webern.

Ustvolskaya was a pupil of Shostakovich from 1939 to 1941 and from 1947 to 1948, but her works from the 1950s onwards retain little influence of his style. Until 1961 none of her true works were performed other than patriotic pieces written for official consumption. The middle of 1960s witnessed greater tolerance for modernist music, and interest in Ustvolskaya began to grow – the Leningrad Union of Composers organized in the 1970s evenings of her music, which invariably received high praise from listeners and critics. Ustvolskaya quickly became a cult figure, even though very few people outside of Leningrad and Moscow knew her. Widespread recognition came only after her music was performed in several concerts of the 1989 Holland Festival. Since then her music has been increasingly often programmed in the West.

Ustvolskaya developed her own very particular style, of which she said, "There is no link whatsoever between my music and that of any other composer, living or dead." Among its characteristics are: the use of repeated, homophonic blocks of sound, which prompted the Dutch critic Elmer Schönberger to call her "the lady with the hammer"; unusual combinations of instruments (such as eight double basses, piano and percussion in her Composition No. 2); considerable use of extreme dynamics (as in her Piano Sonata No. 6); the employment of groups of instruments to introduce tone clusters; sparse harmonic textures; and the use of piano or percussion to beat out regular unchanging rhythms (all of her acknowledged works use either piano or percussion; many use both).

The music of Galina Ustvolskaya is not "avant-garde" in the commonly accepted sense of the term and for this reason was not openly censured in the USSR. However, she was accused of being unwilling to communicate and of "narrowness" and "obstinacy". It is only in the recent past that her critics have begun to realize that these supposed deficiencies are in fact the distinguishing qualities of her music. The composer Boris Tishchenko has aptly compared the "narrowness" of her style to the concentrated light of a laser beam that is capable of piercing metal.

Galina Ustvolskaya’s works of the 1940—1970s sometimes sound as if they had been written today. Her specific idealism is informed by an almost fanatical determination; this should be construed not only as a typically Russian trait, but also – in terms of Dostoyevsky – as a "Saint Petersburgian" one. Shostakovich wrote to her:

"It is not you who are under my influence, it is I who am under yours."

All of Ustvolskaya's works are large-scaled in intent, no matter how long they are or how many players are involved. Ustvolskaya's music is largely based on tension and density.

She proclaimed in the 1990s “The tremendous power and aspiration to God, which are inherent in each composition, do not even allow to formally apply the term chamberness to them. Ustvolskaya considers her compositional technique to be completely new, individual and not amenable to theoretical analysis.”

All the symphonies have parts for solo voices, the latter four having religious texts, while the compositions have religious subtitles. The spiritual aspect of the compositions and symphonies invites a superficial comparison with her contemporary Sofia Gubaidulina, although unlike the latter Ustvolskaya was not a practising believer and these works are far from professions of Christian faith. The texts are either conventional invocations or, in the case of the fifth symphony, the Lord's Prayer. As Frans Lemaire has written, "Most of the time, the words present themselves as a murmured complaint or an insistent supplication, as opposed to the cosmic indifference of the music".[1]

Ustvolskaya's relationship with Shostakovich from her time as a student through the 1950s is characterized in William T. Vollmann's historical fiction Europe Central.

Ustvolskaya's estate is managed by her husband of 43 years Konstantin Bagrenin (1941). Her manusctipts are stored in the Paul Sacher Stiftung archive since 1994. Even in the year of her centenary no memorial plaque was put on the house she was living in for 38 years. Not to speak about naming musical schools, streets or places after Ustvolskaya. The authorities ignore her name just like she ignored them in her lifetime.

Ustvolskaya's oeuvre is small, with only 21 pieces in her characteristic style (i.e. excluding the public, Soviet-style works).

Her music is available from Hans Sikorski, Hamburg.

DUET FOR VIOLIN AND PIANO

GRAND DUET FOR VIOLONCELLO AND PIANO

SONATA FOR PIANO NO. 1

SONATA FOR PIANO NO. 2

SONATA FOR PIANO NO. 3

SONATA FOR PIANO NO. 4

SONATA FOR PIANO NO. 5

SONATA FOR PIANO NO. 6

SONATA FOR VIOLIN AND PIANO

SYMPHONY NO. 2 – TRUE AND ETERNAL BLISS

SYMPHONY NO. 3 – JESUS MESSIAH, SAVE US!

TRIO FOR CLARINET, VIOLIN AND PIANO

The contents of this page are sourced from Wikipedia article on 20 Mar 2020. The contents are available under the CC BY-SA 4.0 license.
View Galina Ustvolskaya 's image gallery
Image Gallery 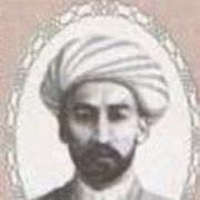