Gabriel Fernando de Jesus (born 3 April 1997) is a Brazilian professional footballer who plays as a forward for Manchester City and the Brazil national football team. Jesus began his career at Palmeiras. He was voted the best newcomer of the 2015 Campeonato Brasileiro Série A, a year in which he also helped his team win the Copa do Brasil. The following year he was player of the season as Palmeiras won their first title in 22 years. He is set to join Premier League club Manchester City in January 2017 for a transfer fee of €32 million. At international level, he was a starter in both the Brazilian team that came runners-up at the 2015 FIFA U-20 World Cup and the Gold Medal winners at the 2016 Olympics.

Born in São Paulo, Jesus grew up in the neighborhood of Jardim Peri. After initially playing street football, he joined amateur clubs in the region, his last one being Associação Atlética Anhanguera.

On 1 July 2013, Jesus signed a youth contract with Palmeiras. He was also the club's top goalscorer during the year, scoring 54 goals in 48 matches.

In January 2014, after lengthy negotiations, Jesus signed a three-year contract for Palmeiras with an additional two, with his salary to increase from R$ 15,000 to four times as much in the fifth year; the fee to buy him out from his contract increased tenfold to R$30 million. However, the deal changed the balance of his economic rights from 75–25% in favour of Palmeiras, to 70–30% in favour of his agents.

Jesus scored 37 goals in 22 games for Palmeiras in the 2014 edition of the state under-17 championship, leading to offers from clubs throughout the country and abroad. He was first included in Palmeiras' squad for a senior match on 27 August 2014, remaining an unused substitute as they lost 0–1 at home to Clube Atlético Mineiro in the first leg of the last 16 of the year's Copa do Brasil. He did not make any senior appearances during the campaign, as his side was seriously threatened with relegation; this decision, took by managers Ricardo Gareca and Dorival Júnior, was widely criticized by the supporters, who demanded a change for the youngster through a petition. Jesus warming up for Palmeiras in 2015

Jesus made his senior debut on 7 March 2015 in the season's Campeonato Paulista, replacing Leandro Pereira in the 73rd minute of a 1–0 win over CA Bragantino at Allianz Parque. He totalled eight appearances, all off the bench, as the Verdão lost on a penalty shootout in the final against Santos.

Jesus made his first career start on 29 April in the second leg of the second round of the year's cup, a 1–1 draw at Sampaio Corrêa Futebol Clube (6–2 aggregate). On 9 May, he made his first appearance in the Campeonato Brasileiro Série A, starting in a 2–2 home draw against Atlético Mineiro on the first day of the season.

Jesus' first professional goal came in the next round of the cup, away to Agremiação Sportiva Arapiraquense on 15 July, the only goal of the two-legged tie. On 26 August, his two first-half strikes at the Estádio Governador Magalhães Pinto gave Palmeiras a 3–2 win over Cruzeiro Esporte Clube (5–3 aggregate), putting them into the quarter-finals. Four days later he got his first league goals, starting and finishing a 3–2 win over Joinville Esporte Clube; the first goal came after 52 seconds.

Jesus finished the campaign with four goals from 20 games, and his team defeated Santos to win the cup; he was also a starter in both legs of the finals, but being substituted before half-time due to a shoulder injury. He was elected Best Newcomer in the league.

On 4 February 2016, Jesus scored his first Paulista goal, opening a 2–2 home draw with Esporte Clube São Bento in the second game of the season. Twelve days later, he scored his first goal in continental football, a 2–2 draw away to Uruguay's River Plate in the opening game of the group stage of the year's Copa Libertadores, after coming on at the interval in place of fellow youngster Erik Lima. Away to Rosario Central on 6 April, he scored twice in a 3–3 draw but was sent off for the first time in his career for fighting with Damián Musto; he later apologised for his misconduct.

In the opening game of the national season at home to Clube Atlético Paranaense on 14 May, Jesus scored twice in the second half of a 4–0 win. He scored 12 goals as the team won their first national championship since 1994, and was named Bola de Ouro for player of the season.

On 3 August 2016, it was announced that Jesus would sign for Premier League club Manchester City in January 2017 on a contract until the summer of 2021. City will pay a reported fee of £27 million/€33 million, plus add-ons.

Jesus on his debut with senior national team.

Jesus was part of the Brazil under-20 team that finished as runners-up at the 2015 World Cup in New Zealand. He scored their first goal of the tournament in a 4–2 win over Nigeria in New Plymouth, and converted as they advanced past Uruguay and Portugal on penalties.

In 2016, he was chosen in Dunga's provisional 40-man squad for the Copa América Centenario in the United States, and was considered as a replacement for the injured Douglas Costa in the final selection but missed out through the lack of a U.S. visa. Later that year, he was one of five forwards named in the squad for the team's hosting of the Olympic tournament. He scored in their final group game against Denmark, an eventual 4–0 win, and in the semi-final against Honduras he added two more in a 6–0 victory.

Jesus's debut in the senior team was on 1 September 2016, in a 2018 FIFA World Cup qualification game against Ecuador in Quito. He started the match and scored twice in the last three minutes, as Brazil won 3–0.

Jesus plays as a forward or winger or attacking midfielder and is renowned for his pace, finishing, and work ethic. The former Brazil forward Ronaldo hailed him and touted him for future success with the national team. 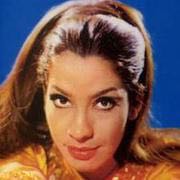 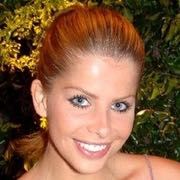