Gabriella “Gabi” Butler (born January 16, 1998) is an American cheerleader, YouTuber and television personality. She received national recognition after appearing in the Netflix docuseries Cheer and had been on many teams before her appearance in the Netflix show, such as the California All Stars Smoed, Top Gun TGLC, Cheer Athletics Wildcats, and Gymtyme Blink. She is currently a member of the Top Gun OO cheer squad in Miami.

Butler has been cheerleading since she was eight years old and is known for her flexibility as a flyer. She appeared regularly on AwesomenessTV's Youtube series Cheerleaders for a couple of seasons when she was on Smoed between 2012 and 2014 and occasionally appeared on a few episodes of later seasons. She has won the cheerleading world championships twice, in both 2013 and 2014 with California All Stars Smoed. As of 2020, she attends Navarro College in Corsicana, Texas, where she is a part of the cheer team coached by Monica Aldama. In January 2020, she appeared on The Ellen DeGeneres Show. She also has a YouTube channel, which gives viewers a behind the scenes look into her cheer life. 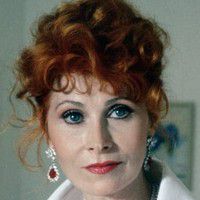